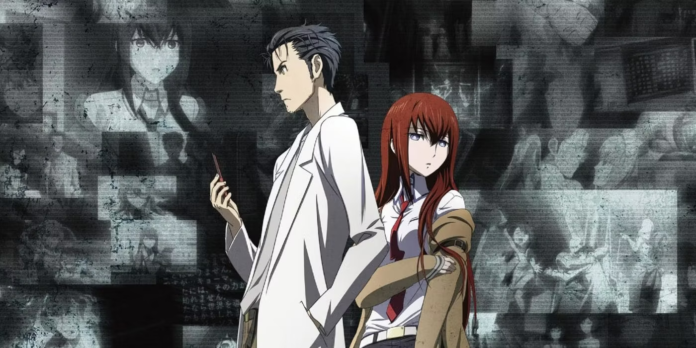 It is no secret that some of the best world-building in the genre can be found in sci-fi anime shows. Many of them have a mix of other genres that go well with sci-fi like spaceships, mecha, and science mysteries along with the best-unexpected story twists that are needed for a good story to thrive. Let’s look into this list of the 10 best sci-fi anime selected for you to dive into this interesting genre.

What’s more sci-fi than setting off to make a barren world into a science-filled area with expertise in science? The series starts from the point where the protagonist wakes up on a post-apocalyptic Earth where most of humanity is converted to stone. He takes it upon himself to make society science-driven again and takes it upon himself to do it with his strong scientific mind. An intriguing watch to start this series.

Society in Psycho-Pass is based on a calculated judgment that may predict crimes and criminals before they occur. This technology facilitates the work of law enforcement officers, often known as Enforcers. However, this system is not always correct, making certain problems more difficult to solve. The errors make some conflicts appear in some people, and this starts the whole journey of figuring out what this machine is and how is it making decisions.

The series takes place fifteen years after a global calamity, specifically in the futuristic walled metropolis of Tokyo-3. In this place, one day, a race of enormous aliens known to humans as “Angels” awoke on Earth and began wreaking havoc. The only way of defense against them is bio-machine machines known as Evangelion, which can only be piloted by temperamental or unstable teens.

It tells a terrible, addictive story about the psychological pain that youngsters forced to shoulder the weight of humanity’s destiny would naturally acquire.

Ghost In The Shell

In the not-too-distant future, humanity will have advanced to the point that complete body transplants from flesh to machine will be conceivable. However, criminals can fully use such technology, leading to new and often extremely hazardous crimes.

In response to such inventive new tactics, the Japanese government developed Section 9, a self-contained police unit that deals with such sensitive offenses. When confronted with a new A-level hacker dubbed “The Laughing Man,” the real quest begins for this team.

This entertaining, easy-to-follow series is set in the far future and follows Spike Spiegel, a laid-back bounty hunter. He travels with his friends, completing bounties to earn money and explore the cosmos. Cowboy Bebop’s premise is about a crew of hungry bounty hunters attempting to make ends meet. Each episode is a self-contained story told from the perspectives of the anime’s four major protagonists.

After the Holy Empire of Britannia conquers Japan, making it Area 11, people tried hard for its freedom. Lelouch Lamperouge, recognizing the tremendous potential of his newfound power, embarks on a risky trip as the masked vigilante Zero, launching a brutal offensive against Britannia in order to exact final vengeance. The anime showcases a lot of mechanics and similar tropes which put it in the sci-fi genre successfully.

The series is set in Night City, a self-sufficient metropolis in the Free State of California plagued by widespread corruption, cybernetic addiction, and gang warfare. The protagonist David is from the poorest of this dystopian area and decides to join the wrong crown after losing everything dear to him.
This is different from the usual sci-fi based on survival of the nicest and is instead the struggle of a kid’s life in this dangerous place.

Academy City, teeming with students, is at the vanguard of scientific innovation and home to the esper development program. The seven “Level 5” espers are the most powerful in Academy City, and Mikoto Misaka, an electricity manipulator known as “The Railgun,” is ranked third among them.

When odd occurrences begin to occur throughout the city, she discovers that each murder is linked to the enigmatic “Level Upper,” a legendary instrument that reportedly increases the esper level of its owner. This is where the trouble starts.

Parasyte is set in an alternate version universe of the present day, when a human-eating alien species infiltrates Earth, preparing to devour all humanity. Shinichi Izumi, the main character, is unable to have his consciousness taken over by a parasite, leaving the alien locked in his right hand.

The two natural foes must now collaborate to prevent parasites from annihilating humans. Many major subjects are addressed by Parasyte, including the balance of mankind and their environment, as well as moral concepts.

The best pick for a sci-fi anime has to be Steins; Gate. This series depicts a group of scientists/friends who create a machine that can send messages through time, with unanticipated ripple effects in the past and present. This messes up a lot of things for the past and future going up to even killing someone in the process.

The butterfly effect has a plethora of tried and proven plot points. In addition to the disastrous nature of time travel in general, the way this anime treats it is rather refreshing and thrilling.

Here’s what the cast of Cowboy Bebop Netflix has to say...