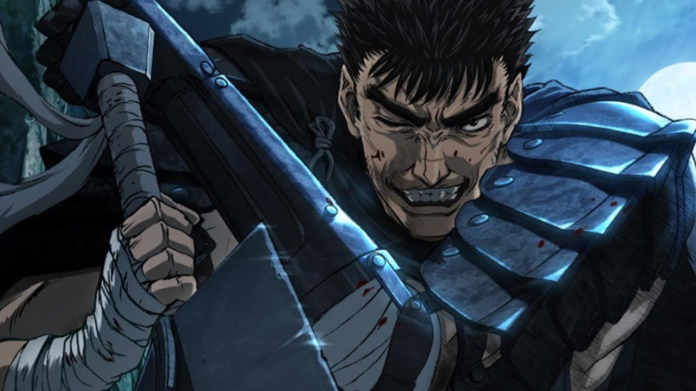 Everyone knows anime is not like cartoon and some can’t be suitable for kids, and today’s list solidifies it. The amount of gore shown in anime is sometimes too disturbing to be okay for kids. If you don’t know exactly what Gore is, it is defined as “blood that has been shed, especially as a result of violence.” With that out of the way, some people like to watch gory anime and test their limits, so here are the top ten choices, going from easy gore to extreme.

Let’s start with a milder one, Tokyo Ghoul. The anime is based on ghouls who kill humans to feed on them, as that’s the only thing they can eat to survive. Considering this, there is a significant amount of gore present, with blood splattered everywhere. Personally, the anime takes off in the first two seasons and both seasons show the brutal fights in every way possible. The latter seasons don’t have that much killing, so if you want to want just for gore, watch the first two, and you can later finish the story when you like.

Just like the name, the anime is about Parasyte which clings itself to the human body and then feeds on it. The imagery is pretty graphic with some scenes that can make someone uncomfortable. It’s not super gory anime and most people can watch it.

Cyberpunk: Edgerunners, which is based on the video game Cyberpunk 2077, is targeted at older audiences, which means it has a significant amount of violence and gore. There is a lot of gruesome and bloody fantasy violence along with the usual appearance of guns and blood.

Recently, Chainsaw man was released and due to its manga being quite gory, it was expected to have those elements. With the anime now available, you can tell that they kept all the gore stuff in. Considering how the main character is torn apart for the chainsaw to be used, seems like a pretty gore start.

This gory anime is not for light-hearted people. If you want to start this series, be ready for dramatic fights with scarlet blood spurting out of dismembered limbs, as violent scenes go beyond a mere corpse or stabbing. With each episode, the graphic depictions of the bloody bloodshed increase.

From half bodies eaten up to limbs missing, Attack on titan is filled with gore and violence with swords and guns. Half the time, the soldiers are covered in blood, whether from their comrades or Titans. There are several drawn-out, extraordinarily gruesome battle scenes in which Titans are brutally dismembered and people are devoured with horrifying outcomes.

The explicit content in Elfen Lied is what people remember it for, not the story. A lot of blood and gore, graphic violence, and psychological violence are present. Because of the extreme brutality and gore, some nations only permit censored versions of this anime or have outright banned it. If you want to watch it for gore, then it’s recommended, but as for the story, it’s a bit wonky. The reason is that it’s incomplete and loosely based on the manga.

This series is a story of a few friends who get through some challenging stages to escape. You’ll enjoy this series if you enjoy both gore and animation. Given that the series doesn’t have a deep plot, there isn’t much more to say about it, but if anime gore is your thing, you’ll undoubtedly adore this little series.

The series centers on blind samurai Irako Seigen and one-armed warrior Fujiki Gennosuke. Its gore demonstrates that a fantasy setting is not necessary to depict horrifying gore. Instead, you can recall a gory era in history and display it in all its glory, i.e., the cruelty people experienced as a result of vicious clashes among individuals.

Guts, a lone swordsman, is the main character of this dark fantasy tale, which is set in a world with influences from medieval Europe. The anime Berserk is extraordinarily bloody and brutal. Not for the weak-hearted. All through the series, people are slain, sometimes in gory methods including stabbing, cutting, shooting with arrows, beheading, or on occasion being devoured by demons, being ripped in two, or being set on fire.

If you want a more overall creepy vibe rather than gore, it’s suggested that you check out the horror anime list and choose from there.

Some anime about Halloween to get you in mood for this...

The Horrifying Chainsaw Man Fanart will be your new favorites