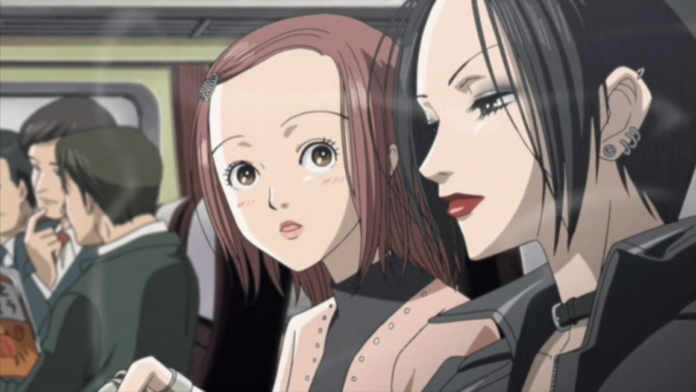 Josei is a genre aimed at older adolescent females and adult ladies. The meaning of word josei is “woman” or “female” in Japanese, as the kanji is made up of “女” female and “性” gender. However, it refers to the genre of the plot rather than the gender of the characters.

Readers range in age from 18 to 45 years old. The visual style is likewise distinct, with characters appearing more straightforward rather than glamorized. There are also older characters in the cast and as a protagonist. If you’re looking for life from the perspective of another woman rather than an escape from reality, then josei may be for you.

A fundamental distinction between Josei’s stories Shojo is the lack of exaggeration in the former. This is reflected in the occupations of protagonists, and their daily struggles with completely realistic problems rather than some baseless drama.

Due to being more realistic and raw, the anime is rarely made specifically for this genre. Still, here are some examples that perfectly explain the various theme and meaning in Josei genre.

Yta Takemoto, Takumi Mayama, and Shinobu Morita are three collerge guys studying at a Tokyo art college who live in the same apartment complex. They meet Hagumi Hanamoto, the daughter of a relative of Shji Hanamoto, an art professor, one day. Ayumi Yamada, a master of pottery, joins the group and becomes very close to Hagu. The plot revolves around these five characters as they navigate love triangles, unrequited love, graduate from college, get employment, and discover more about themselves.

This show follows the lives of these five students who wind up influencing each other’s lives as a result of a series of events. Some of the key themes of this anime are the value of youth, romance, and profession. We go through the lives of all five people who grow, learn and form relationships with each other in this beautiful series. It clearly shows how some parts of life are heart-wrenching while some are deeply wholesome, proving that all lives are bittersweet.

Daikichi makes the difficult decision to take Rin with him after witnessing him being ridiculed and abused by his extended family. This makes the beginning of a challenging but endlessly fulfilling life as a single father. This series shows how being a single parent is not fun and games all the time and is a commendable struggle for the person.

The series begins when Yukari Hayasaka, a model student, is recognized by a group of art school students who want her to be the model for their fashion project. Never seeing modeling as a viable source of income, Yukari quickly discovers that she enjoys working with eccentric designers.

She admires the mall, particularly the head designer George Koizumi, whom she finds irresistible and unpredictable and it leads to the romance between them. The series takes a realistic approach to romance and the difficulties faced by people normally.

Retsuko is a hard worker who also happens to be soft-spoken and kind, making her an easy target for numerous workplace bullies. To let off steam, she does death metal karaoke, criticizing the work life and the hypocrisy she faces.

Even though the cute animation and concept may make it seem like a usual cartoon, it actually commentates on the absurdity of this world in which hierarchy and outward appearance dominate. The letting off steam by screaming is shown as the only way the character can deal with it as she is a women.

This is the definitive series about adulthood and finding yourself. Nana Komatsu and Nana Osaki are both in their early twenties and on their way to Tokyo to pursue their aspirations, but their lives are permanently transformed when they meet on that fateful train voyage.

The anime gives a broad look at maturity, romance, and how both influence each other which affects their personal and professional lives.

Showa Genroku Rakugo Shinju is a story about timeless themes like finding one’s place in the world, discovering the joy of self-expression via art, and understanding the value of human connections. It is based on Rakugo, a unique Japanese storytelling art in which a single actor acts out a story using only his voice.

The series may seem slow, but that is what makes it realistic. The real-life struggle is slow and painful, and it takes s a lot of struggle for a person to achieve their dreams. Another example that deals with it in a more sports style is Chihayafuru.

The horror in josei anime is not a standard horror but more about making the watchers uneasy. The imagery is extremely explicit with scenes that can make you feel extremely uneasy one after another. Don’t mistake Petshop of Horrors as just a gore-filled anime as its meaning is much more than that; a commentary on the world executed uniquely.

Another great horror recommendation is Tomei which is based on a story of a girl who dies but not dies. Watch it to experience it yourself.

There are some josei manga and anime which focus on more highly explicit content related to crime and assault. Those topics are also shown more cruelly and realistically and show the dark side of society. According to me, the degree to which those heinous crimes are portrayed, the horror category is a perfect place for it. It’s not really off-putting but more as a way to open your eyes to what the reality is, away from the fantasy and happy themes of Shojo and Shoenen anime. It is even considered more realistic than the seinen genre.

This concludes the elaborate explanation of the genre, Josei. This genre has comparatively less anime and manga written for it. Hopefully you enjoyed it.