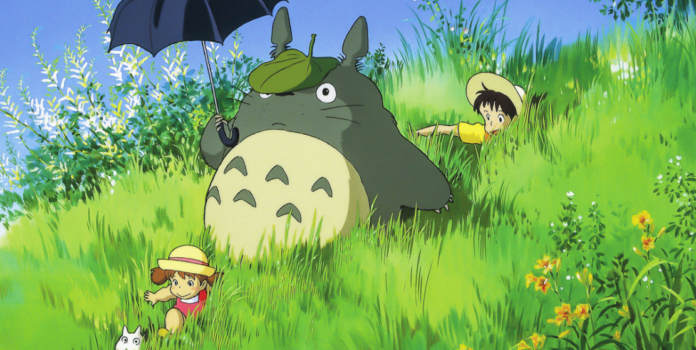 Anime and Manga series have many genres and sub-genres which all have some unique characteristics struck solely by them. Out of the more famous genre, there are some which are truly fascinating to learn about. Apart from their anime showing an interesting side of the anime world, their origin and the reasons involved make it much more fascinating. Today we’re going to learn about one of these underrated genres of Iyashikei along with its meaning, origin, and examples.

Iyashikei (癒し系) is a Japanese genre that predominantly consists of manga and anime. It is a subgenre that depicts characters enjoying serene lives in calming environs and is designed to soothe the audience. In Japanese, the term Iyashikei can signify or has the meaning of “healing type” or simply “healing.”

The biggest reason why Japanese people needed to be healed is because of their history. After Japan entered the industrialization age in the 1990s, a terrible economic bubble created an economic crisis. In Japan, these 10 years are collectively referred to as “the lost decade.” Everyone in the house was depressed.

People in this situation require something warm to ease stress and relax them. As a result, Iyashikei culture evolved to assist people in overcoming unpleasant feelings such as worry, depression, disappointment, and so on.

At that time, people needed something to look for which gives them comfort. Something which heals them and makes them forget the hard and rough reality into a simple and healing world. The Iyashikei genre was a way for the people living daily life to escape reality and experience the simple life they dream of.

The most prominent illustration of an aesthetic or thematic quality used in Iyashikei is Mono no aware. Mono no aware is a Japanese aesthetic that translates roughly as “the melancholy of things” or “sensitive to things.” It is typically described as a bittersweet enjoyment of life’s beauty, with the realization that everything in it is fleeting.

The significance of Mono no aware varies depending on the series, although it is virtually always present to some extent in any Iyashikei work. The use of mono no conscious enhances the theme inherent in these series that life should be enjoyed. By accepting this, the audience gets more at ease with their surroundings, totally accepting the beauty of the media they’re watching and in turn healing themselves with this comfort.

Difference between Iyashikei and Slice of life genre

If you look at the slice-of-life category, all the anime have the elements of a simple plot of usual life. That is similar, but not all of them feature the comforting elements generally associated with the Iyashikei genre. Some have another objective in the anime along with the slice-of-life genre. Even if the anime is only a slice of life, it would be more about the real life of a person than the borderline magical experience audience wants.

In simpler words, they aren’t healing enough to make the audience use the anime as an escape, which Iyashikei anime usually does. They are typically fun anime you can watch to entertain yourself.

Another difference lies in the fact that even if they are confined to just real life, they will feature more realistic interpretations. This will lead to some drama and sometimes heavy topics, and this makes it different from the Iyashikei genre.

Also, the universes of the Iyashikei series almost likely include awful things, but nothing horrible will ever happen to the series’ primary characters. The likelihood of failure or disaster for the characters we follow creates no tension because it would have a significant negative impact on the audience’s mood.

Themes of the Iyashikei genre with Examples

If you see what Slow Loop is about, it’s just two unfamiliar people bonding over their new connections. The step-siblings go fishing and bond over different things they do in their life and fishing. It’s just a simple story that shows how people can bond with sweet wholesome moments.

Also, the use of Mono no aware is quite evident here as you are awarded some stunning visuals throughout the anime.

My Neighbor Totoro by Hayao Miyazaki continues to stand out as something extraordinary to this day but fits right in the healing category. Studio Ghibli’s 1988 classic is the definitive Iyashikei film, following a family as they relocate to the countryside to allow a family member to heal.

My Neighbor Totoro is literally about nature’s healing, and the tone, design, and pacing of the anime reflect this notion. There isn’t much to this movie than the very prominent theme of nature present in it along with the comfort that comes with it.

In Iyashikei, seeing good and well-prepared food gives the viewers satisfaction and that can be seen in most of the anime in this genre. Sweetness & Lightning is one example of an anime which have food as its main focus along with some heartwarming moments.

A story about an android who goes on a journey with the camera to capture beautiful moments. Another anime that tells us the importance of nature and beautiful moments in our life. This manga and anime also have significant use of Mono no aware aesthetic.

This anime is the standard-bearer of the Iyashikei anime series and it cannot be ignored while discussing this genre. Non Non Biyori, set in a rural community and mostly following a group of five pupils, is content to let its characters exist without conflict, tension, or drama. It is basically an anime that has nothing new to offer. It just shows us all of the themes mentioned above and makes us think about these stuff in the most subtle manner.

The most Iyashikei about this anime is that it shows truly nothing that will make you think. It’s just here to make you feel comfortable and have a good time. Another well-known example of this type of anime is Aria the Origination.

With that, this is the end of the explanation of meaning of Iyashikei genre. Hopefully, this was interesting enough to help you understand the genre.