10 Mafia anime that will show you how gangs work 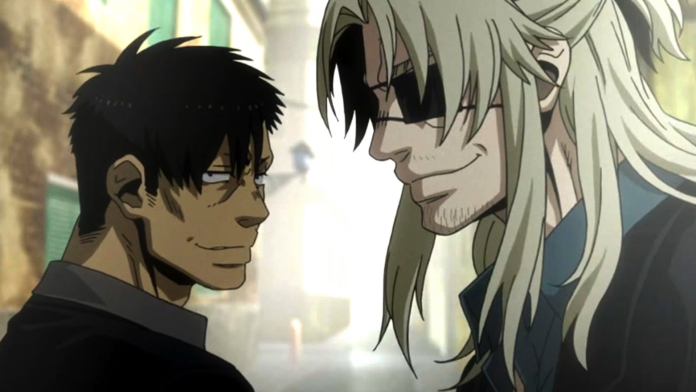 Any anime which have mafia gangs intervening in its story can be referred to as Mafia anime. The protagonist or the antagonist needs to be from a certain gang, or the background setting could be set up as a mafia gang area. There are numerous anime that feature gangs, and here are the few we recommend you watch for the true mafia feeling.

Based on a video game by the same name, the story follows Brandon Heat and Harry McDowell, two friends who are so close they could be considered brothers, who are abruptly reminded of how brutal the world can be. They, fortunately, get into a gang, Millennion, the biggest and most notorious mafia organization in the region, and have to start from the very bottom rank. While Brandon merely wants to be by his friend’s side, Harry wants to rise through the ranks and eventually succeed as the leader.

The series is based on an organization that saves people with special abilities before these innocent citizens get into the grasp of a gang, Port Mafia. If the mafia gets them, they are used for their power in the wrong ways, and the “Armed Detective Agency” tries to avoid this from happening.

The plot centers on the Lagoon Company, a group of pirate mercenaries who smuggle commodities through Southeast Asian waters in the early to mid-1990s. The group engages in a variety of missions throughout Southeast Asia that involve ruthless fights and gang battles. Lagoon is just like the mafia, but more of an underground one rather than the posh one we’re used to.

The plot takes place in a fictionalized version of America in 1932, during the final years of Prohibition, where fermented liquor rules the illicit market owing to the Italian Mafia. Young man Angelo Lagusa, whose family was killed during a Mafia quarrel, seeks retribution on the Vanetti Family, especially its Don, Vincent Vanetti, who is one of the Cosa Nostra’s top officials.

Runaway Aslan Jade Callenreese, also known as Ash Lynx, was taken off the streets of New York City and raised by Dino Golzine, the notorious mafia boss. Ash, now 17 and the leader of his own gang, starts looking into the task he feels is most important.

The city of Ergastulum is filled with all types of criminal people you can think of, from petty thieves to gangs. In this city, we follow two men, Nic and Worick, who do all the stuff that no one else dares to get into. They are contacted by police to take out another gang and that’s when they come into the spotlight. This anime features a lot of gore, so if you don’t like that, you can skip it.

Phantom: Requiem for the Phantom

Inferno, an assassination syndicate company, kidnaps a Japanese citizen after he personally witnesses an assassination while visiting the United States. We go through his journey and the life of a usual human who is thrown into a mafia gang.

Takemichi Hanagaki, the protagonist, learns that his ex-girlfriend is killed in a gang attack. While processing it, he teleports 12 years back and gets a chance to stop this from happening. This anime is not as brutal as other mafia anime, but it surely has that gang feeling and bonding.

If you want something opposite to this gang mafia-related anime, you can watch the detective anime and flip the mood, and we have just the right recommendations for you.