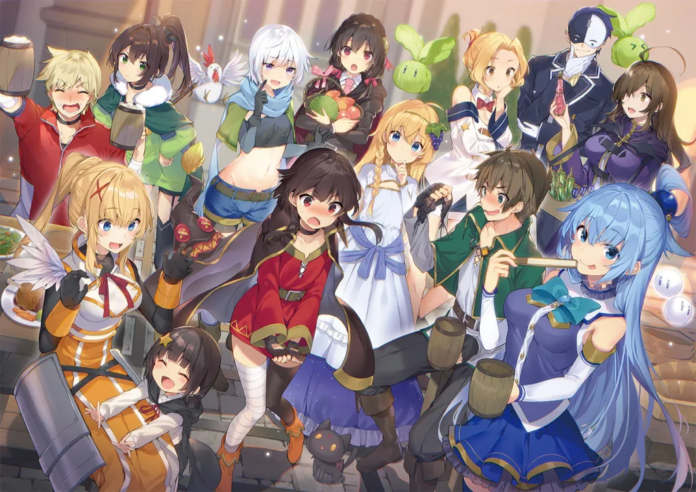 Harem is a Japanese manga, anime, and video game genre focusing on polygamous or polyandrous relationships. This is with a protagonist surrounded by three or more love interests or sexual partners. Let’s get into the details to understand what this Harem genre is with its meaning.

We’ve also covered some more major genres, like Shounen, Shoujo, Seinen, and Josei so if you want an explanation of them, do check them out. Other than that, let’s continue with the explanation and meaning of the Harem genre.

History of Harem in Anime and Manga

It’s worth noting that the term “harem” and its meaning regarding anime and manga, like many other anime-specific terminologies, was coined by Western anime enthusiasts. In Japan, these films are commonly referred to as ‘love comedies.’

As a result, the phrase is relatively recent, having just come into use in the 1990s as a result of the huge popularity of the Tenchi Muyo! Series in the United States. Urusei Yatsura was a hugely famous anime that effectively created the basic structure for practically every harem anime that followed.

Characteristics of Harem Anime or Manga

Harem works are typically comedies that rely on self-insertion protagonists into whom the audience can project themselves. As well as a likable and fascinating ensemble cast of characters. A female harem or seraglios is a story with a heterosexual male or homosexual female protagonist partnered with an all-female/yuri harem series.

The male protagonist is an anti-social or just otaku who is a misfit in most cases. Then suddenly girls start to take a liking to him just because he is nice is “different”.

In some anime or manga, the harem genre is not the main focus. For those, it is just there for comedic value or drama. Honestly, those are much more bearable and cater to a larger audience as the story is interesting enough.

Another characteristic very prominent is that all the women would have different personalities and would “represent” a certain type of personality. They would all be different in all aspects other than self-esteem and running after one man.

Take everything you read above, and replace the girl with boy and boy with girl. That I reverse Harem. Reverse Harem is literally the opposite. Some things may be different though, the ones that come with the gender such as frail and soft personality, very nice and overly feminine. All these are the characteristic of the protagonist in reverse anime or manga.

Unless you really like these types of anime or manga, you may get annoyed by the female representation of it and that is why it has gotten some controversies.

Examples of some Harem Anime

Here are some well-known anime that have Harem as their main focus.

Nonetheless, despite the genre’s continued success, it’s reasonable to argue that, at least outside of Japan, the overall perception of harem titles among many anime viewers isn’t always positive.

Given the harem’s archetypical ratio and content, the genre is sometimes chastised for its nearly enticing but gratuitous sexual references, informally known as fan service. The uproar has been most visible in the United States, where a predominantly female audience sees it as a sexist depiction of girls and women. Many viewers perceive it to be sexist and objectifying. While not every broadcast harem series can be reduced to a single selling point, they do become borderline offensive with objectifying sometimes.