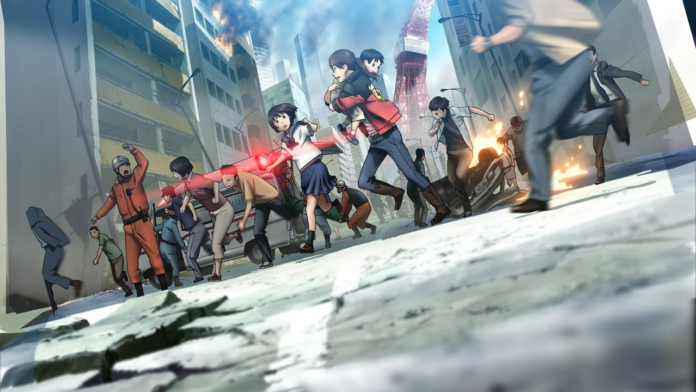 Anime series have numerous genres from futuristic to regular high school drama. In the midst of all this, some anime hide some really sad moments which will make you tear up. Sometimes it’s because of the character while sometimes it’s the story. Here is a list of sad anime, in no particular order, which can make you cry or shed a tear at the loss and unfortunate events at some point.

Your Lie in April

Music prodigy Kousei Arima was well-known for winning all competitions but he loses his desire to play the piano after his mother passes away. He was happy to live out his days together until a girl named Kaori Miyazono abruptly changed everything. Kousei is assisted by Kaori in returning to the music industry and demonstrating that it should be free and unconventional in contrast to the rigorous and structured manner Kousei was used to.

This anime is more about the relationships you make in your life rather than the music that it was portraying. It showed how sometimes all you need is someone to tell you how to enjoy the stuff you are doing as the basic routine can be stressful. Of course, it has some really tragic elements, or else it wouldn’t be on this list and that is what makes this boring story much different.

Five friends reunite with the efforts of Menma with the intention of getting together one last time. This is for their sixth friend whose last wish they have to fulfill by coming to their usual spot they always used to come to five years ago. Menma is a ghost and her death broke them apart so this anime follows them and their journey, individually, helping them understand why they are away from each other now.

This may seem like a cute story but as you go further into the story, you start to realize how sad and real this story is. How the broken friendships over one accident can cause so much strain in the relationships? Do give this sad anime gem a try.

The main character Violet Evergarden is the protagonist and we learn about her in this series. Violet is a former soldier who was used as little more than a weapon during the conflict. After the war, Violet worked as an Auto Memories Doll in an effort to comprehend the significance of the words “I love you,” which her major Gilbert Bougainvillea had said to her.

When it came to bringing this well-known light book and all of its intensely moving moments to life, Kyoto Animation really shone. Because the main character is described so well, you unintentionally identify with her and experience her emotions.

Charlotte tells the story of four students from Hoshinoumi Academy, a school established to safeguard young people with exceptional skills who emerge during adolescence, as they seek out and defend others in Japan.

This looks like a usual slice-of-life school story but the anime is quite cruel in the second half of the anime. The conflicts and problems the protagonist goes through just to accomplish one grand task are commendable yet sorrowful.

Two young siblings, Mirai and Yki, who were visiting a robot exhibition in Odaiba at the start of their summer vacation, struggle to reach their parents in their home in Setagaya after a significant earthquake in Tokyo with a magnitude of 8.0. They are helped in this struggle by a female motorcycle courier named Mari, who is also trying to reach her own daughter and mother in Sangenjaya.

No words for this as watching it yourself is the best way to experience this simple yet devastating story.

Rintarou Okabe is an eccentric scientist with a never-ending lust for knowledge. When Rintarou decides to go to the conference of neurologist Kurisu Makise, he encounters a sequence of unusual occurrences that cause him to think that time travel is possible. Rintarou and his buddies are always in danger as a result of the unique discovery. He is engaged in a struggle to save his loved ones as well as one against his deteriorating sanity as he attempts to repair the harm his invention has done.

The anime portrays the frustration that time travel can cause if anything is messed up even in the slightest. It’s not a series that would make you bawl your eyes out but instead make you so hopeless that the sadness will eventually overcome you.

Tsukasa Mizugaki, who is 18 years old, failed his college admission examinations, but with a little help, he is able to get a job at the Sion Artificial Intelligence Corporation. Giftias, an AI of this Corp, have a maximum lifespan of 81,920 hours and are in charge of gathering Giftias that have reached their expiration date before they become hostile and lose their memories.

Tsukasa partners with a stunning Giftia named Isla soon after joining Terminal Service One. We go through their bonding and how human emotions are always in conflict. If you want a tear-jerking sad romance anime, this one is for you.

The main character of the story is Tatsumi, a young villager who goes to the Capital to gather money for his house only to find that there is a lot of corruption there. The young man is enlisted by the assassin group Night Raid to aid them in their struggle against the corrupt Empire.

The genre and trailer may not seem like an anime that would make you cry but trust me, the story really makes you sympathize with the characters. Akame Ga Kill is gruesome from the start so beware of it. If you can’t handle brutal events, you may skip this one.

Hope this list directs you to the right sad anime feeling you’re looking for. For more anime content, check out the Anime section on our site Retrology.

Violet Evergarden cosplay that may have came out of the anime...