Vinland Saga Chapter 189 Discussion and Analysis: A dark future ahead… 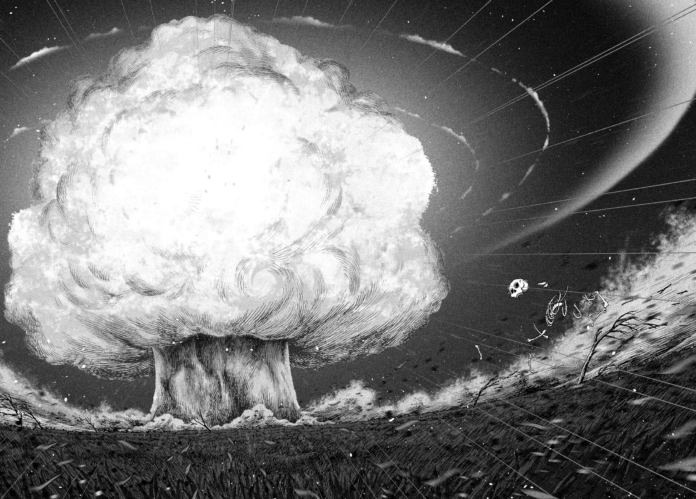 Before beginning Vinland Saga Chapter 189 discussion, I would like to give the disclaimer that this post contains spoilers for the latest chapter of the manga. With that said, I would start off by saying that Yukimura, like many times before, impressed me a great deal with this chapter. Vinland Saga manga has been going very pleasant lately, quite opposite to the violent events that happened in the past. With the new chapter, the readers have been given a reminder that things are not going to stay as peaceful as they currently are. I have some specific points regarding the chapter so let’s jump onto them.

A Dark Future Ahead

When I first started reading Vinland Saga, I thought of it as just a historical manga featuring interesting characters, a lot of action and a stubborn young protagonist like most anime has. But it turned out to be far deeper than that. And this chapter is a testament to that. Recently, Yukimura had been depicting the Utopia that Thorfinn is trying hard to build in the land of Vinland. Applying the “No Violence” policy and dealing with everything with goodwill, reasoning, and communication, the protagonist aims to build a society like no other. It sure felt very optimistic to me, however, at the same time unrealistic. We all know the history that things never turned out like this or even close to what the author is trying to portray. And I have no objections either. It is just Yukimura sharing his ideal vision of society and history through his manga.

However, this chapter clearly sheds light that the author is well aware of the facts. Vinland Saga Chapter 189 has given a sight of the possible future through the native’s vision which tells that no matter how positive Thorfinn’s way of leading his people and building a prosperous community is, there is always going to be conflict in the time ahead. The shaman saw war, weapons, disease, extinction of natives, and destruction of land and forests. All of this gave us a reality-check that Thorfinn’s ideology too might not be able to achieve true peace at the end of the story. Perhaps no peace at all.

At this point, this is only a vision. We don’t know that will the story end on a pleasant note or not. But given the whole point of the plot and Thorfinn and his people’s effort, I would like to be hopeful that there would still be a fruitful end. Not all violent but also not all rosy.

Visions and The Belief System

Speaking of the vision, it should be worth questioning that how true it could be? Vinland Saga has always involved various belief systems and concepts of supernatural phenomenons – like the bear vision back in Chapter 188. However, the story has often been skeptical to these beliefs such as when it was shown through the dying Norseman that his belief of Valkyries coming to bring him to Valhalla was wrong. So, can we also conclude that just like the rest of the supernatural stuff shown in the manga, this vision of the shaman also holds no integrity and hence, no impact on future events?

I would say no. Because this vision neither seemed like a dream nor did it try to prove a particular belief system. The visions and prophecies being real is not the point here. The point is that the shaman saw the future that is (almost) actually historically correct. There was no way the native could dream of nuclear bomb experimentation out of the blue. In my opinion, those were in fact the real events of the story’s future. Hence, accurate. It is irrelevant to conclude Yukimura’s acknowledgment of such rituals being authentic. What matters is that how he used the concept of rituals in order to proceed with the storyline.

We don’t know if we will ever see the events of the vision happening in the manga, but it can be said that this will have an impact on the upcoming chapters of Vinland Saga. The native was seen to blame everything on the Norsemen and woke up with the conclusion that their action needs to be stopped. To me, this hints at a potential conflict between Throfinn’s group and the natives. We don’t know how this conflict will be handled. But in my opinion, there will be one. Will Thorfinn manage to maintain peace? Will there be bloodshed?

Well, let us know what you think will happen.

P.S.: We get to see Canute in the next chapter!