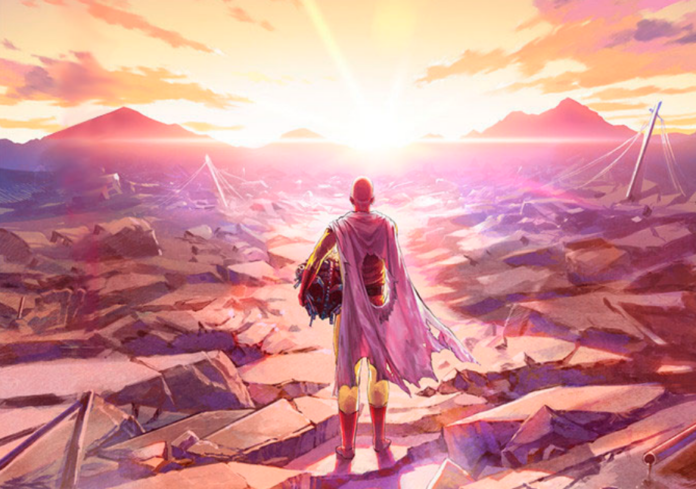 One-Punch Man by ONE and Murata has gained a lot of following in recent years and if you were following the now-ending Monster Association Arc, you would know why. Although, Season 2 of the anime – that initiated the arc in question – was a bit let down, One-Punch Man’s manga exceeded expectations. From gorgeously drawn panels to amazing fight sequences, to the involvement of tons of characters both heroes and villains, everything was worthy of praise. As all good things must come to an end, the Monster Association Arc is also ending.

It has been officially announced that the next chapter, 170, of One-Punch Man’s manga will serve as the epilogue of the Monster Association Arc and will conclude it. Following is the original and translated version of Murata’s tweet.

If we talk about the arc, it was more like a “Saga” as it sort of constituted multiple arcs like Hero Hunter, Tournament, Monster’s Raid, and Heroes vs. Monsters Association (Note: these are not official names). This is also one of the reasons why it spanned over 7 years.

I remember starting the manga right after the end of Season 2 and I was surprised and somewhat disappointed that the Monster Association Arc was still going on even though there had come a lot of chapters after the point where season 2 ended. However, all of my complaints were gone when I got hooked on Murata’s art and ONE’s plot.

One-Punch Man’s Monster Association Arc ending is both happy and sad news. Happy in a sense, that we got to witness the long-awaited moments like Garou vs. Saitama, King’s secret super move, and much more. And we will finally move to the next arcs. However, it is sad that things will change now and it might take some time for the manga to pick up the same pace as it had in the climax of Monster Association Arc. Also, understandably, we will be seeing less of Garou too.

This arc featured a lot of great fights. To name a few, Garou vs. Darkshine, Psykos vs. Tatsumaki, Flashy Flash vs. 2 Monsters, and I can literally keep writing! Not just that, we got to see some really well-written Dragon-level monsters. Black Sperm, Homeless Emperor, Ugly Fuhrer, and the rest, all were truly ferocious. We got to see Blast and Divine Entity too. There was just so much in this arc alone (even a fake ending too!) and it’s remarkable.

Reports are that the next arc is going to focus on the Psychic Sisters, Tatsumaki and Fubuki, and will be a short but interesting one.

That’s all on Monster Association Arc Ending. We have covered a lot of stuff on One-Punch Man and other manga, so don’t forget to check that out. For more news, keep following Retrology.

What were your favorite moments in Monster Association Arc? Let us know in the comments below.