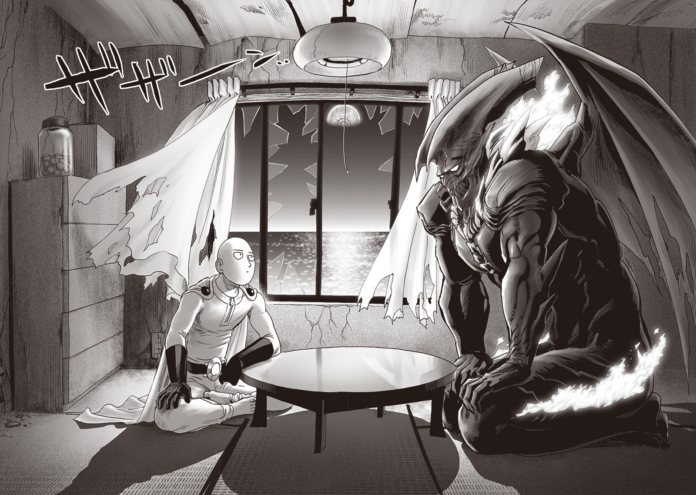 One Punch Man’s latest chapter gives us yet another glimpse of Saitama’s strength as monster hunter, Garou, even in his awakened form couldn’t do anything to our bald hero. However, the chapter showcased some characters that have left the readers with hype and curiosity. Before we begin One Punch Man Chapter 164 discussion, it should be noted that this article contains spoilers for chapter 164, therefore, only proceed if you are caught up with the manga.

We also recently covered One Piece Chapter 1049 analysis, so if you are interested, do check that out as well. That said, it’s time to analyze One Punch Man Chapter 164.

Yet Another Garou’s Monster Form

The chapter 164 introduced yet another monster form of Garou. This time, he possess four arms and emits flame from his body similar to one of the forms of Orochi.

Of course, this new form came with more power and technique, as we got to see Garou doing an Extreme Powerful Attack on Saitama. The way he turned into sort of a flying jet was quite fascinating to see. He even launched himself just like a jet with the force exerting from his spare two hands.

However, even that creative move was of no avail. No matter how much monsterize Garou body becomes, he simple can’t seem to be on par with One Punch Man.

Another important thing is the sheer scale of Garou’s current strength. Even though he is being ridiculed by Saitama, it should not be forgotten that currently, he would easily be among the top five strongest characters in the series and would be able to take out almost all of the S-Class heroes without any hassle.

We got to see his new move that even disrupted the Earth’s magnetic field and started making the plant bulge that even worried Blast and his team in another dimension. That’s really something!

Many fans have compared Garou and Boros, while taking the side of Boros stating that his powers were capable of destroying planets. Well, in One Punch Man Chapter 164, we have seen Garou coming close to that.

During Garou’s Extreme Power Attack, we saw ocean levels getting disrupted and there there was shown a mysterious underwater place with a dragon head.

We are unsure at this point that what this place is or if it would be important to the plot. If anyone knows about this mysterious place that Murata cared to show in the chapter, then let us know in the comments.

The most intriguing part in Chapter 164 was when we got to see some of Blast’s partners in another dimension.

At first, we saw a female character with some sort of sorcerer powers, perhaps. It is strange that many people are thinking her of the Mosquito Girl, while I personally see no similarities.

In this bottom panel, there was a character with a head of a lion and just like the before, readers are thinking that it might be Beast King shown earlier in the series. In my opinion, he wouldn’t be Beast King as Saitama killed him. So, either he is from Beast King’s species or an entirely new character.

In the middle, we got to see a very familiar face. Same as one of the best villains of One Punch Man, Boros. After seeing him, many readers are speculating that Boros is alive and Blast recruited him for his mission. Some are saying that he is Boros from another dimension. While, some are suggesting that he would be someone from Boros species.

So, who he is? Of course, there is no official confirmation but we think that he is not Boros but from his species. During Boros arc, the villain did mention of his species. Plus, if we look close, there seems to be little bit of design difference in their faces.

The lines below Boros and this character’s eye are different – at least to us. This new Boros look-alike has straight lines like an ‘X’ while Boros pattern was a bit rough.

Finally, we see that after trying everything, Garou quits and decides to die by fist of Saitama. But Saitama never intended to take down Garou as he knows deep down, he has his human side and even a hero one as well.

Saitama suggests Garou to share what he has in his head and they have not peacefully sat down in a destroyed house to talk. Hilarious.

That’s all regarding One Punch Man Chapter 164 discussion. Let’s see what happens next. Is the fight over already? Where is Saitama’s table flip move that was shown in the webcomic? Share your thoughts with us down in the comments. For more content related to manga and anime, keep following Retrology. 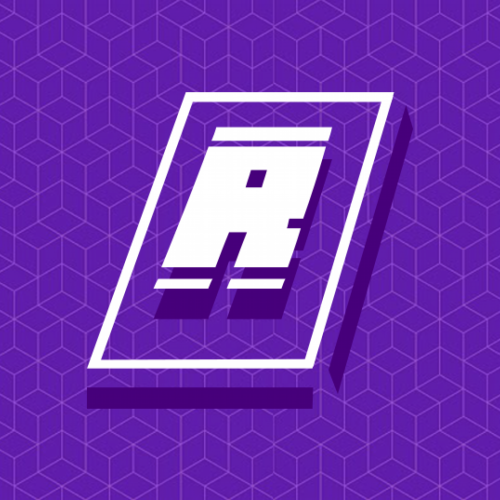