I Am Groot “Groot’s Pursuit” Explained 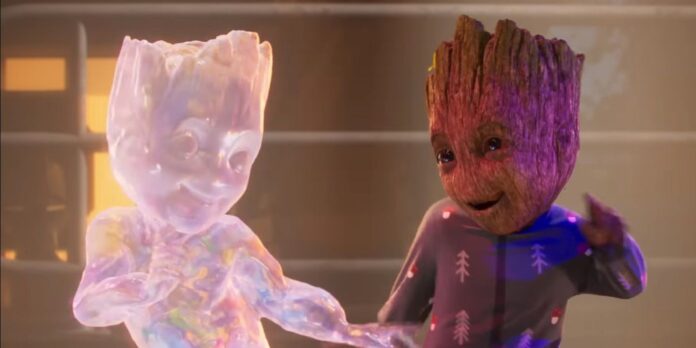 The much-awaited, MCU’s “I Am Groot” miniseries has finally been released on Disney+. These praise-worthy five 4 minute shorts of I Am Groot have received much love over the internet from everyone and quite deservedly so. From clumsy Groot scenes to savage Groot scenes the whole miniseries will not take more than 20 minutes of yours which are undeniably totally worth it, considering its photorealistic animated visuals and how adorable Groot is. The article I Am Groot Groot’s Pursuit Explained is a must after realizing how detailed the episodes actually are.

We couldn’t help but rewatch the whole series again and after still not getting enough of it here we are writing about it. But before we begin this article, I Am Groot “Groot’s Pursuit” Explained, let’s head into a little background of the series first.

This takes us to the I am Groot miniseries that follows the end of Guardians of the Galaxy Volume 1. Groot has just been resprouted and has taken his very first few steps. Enough of the background now let’s move to the actual episode “Groot’s Pursuit”.

The episode opens up on an Eclector which is a ravager ship captained by Yondu. Our baby Groot is in Eclector sleeping when he gets disturbed by an unknown sound, Groot gets up to investigate the strange sound that has disturbed his sleep, and straps a watch with a flashlight over his forehead. At first, he only finds some residue of the creature.

Upon following this residue, Groot eventually comes face to face with Iwua who is a shapeshifting alien and has adopted the form of Groot. Both of them get into a heated debate and keep on saying to each other that “I am Groot”. Eventually, they realize that the best way to decide who’s the real Groot is to have a dance-off.

Now a point comes where the Iwua starts teaching Groot how to dance and no doubt we all underestimated Groot here a little bit, if not at least we did. No matter how adorable Baby Groot is he still is one savage kind who won’t let anyone share his identity. Groot ends up tricking the Iwua into the airlock and watches the alien fly away into space. Groot then points at himself proudly saying “I am Groot”.

When Groot was on a hunt to find the creature behind the strange voice, for a while Groot sits on a toilet reading a book whose cover shows an image of Thonas, a bird’s tail feather, another bird, and a fuchsia banana. The title of the book is actually written in Cree which translates into “Dumps Happen”. The book seems to be the Cree version of ‘Everyone Poops’ children’s book and it is quite hilarious how Thanos is also on the cover of the book.

When the watch that Groot uses as a flashlight dies, he smacks the watch on which the voice says “You have walked 300 steps” here upon a deeper look you will realize that this voice is a vocal cameo by Guardians Director James Gunn.

Lastly, the dance-off shows that it is a Guardians tradition to trick enemies by a dance-off just like we saw Star Lord’s dance against Ronan in Marvel’s Guardians of the Galaxy. Quite interesting no?

That takes us to the end of I Am Groot “Groot’s Pursuit” Explained. Let us know in the comments what are your thoughts about this amazing miniseries. To know about Love Death + Robots, ‘Jibaro’ Explained in Detail, or for more entertainment, keep following Retrology.

I Am Groot “Magnum Opus” Explained