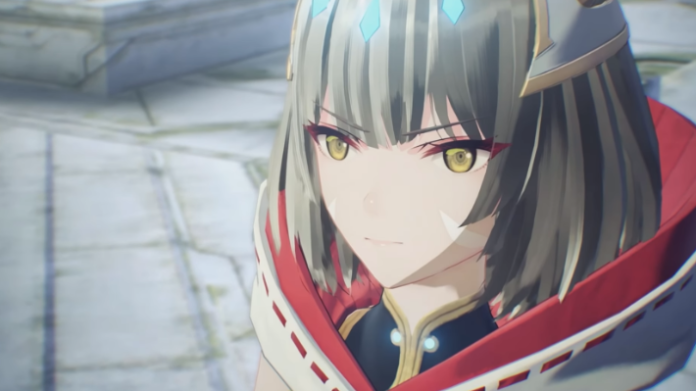 Nia’s locations and where she appears are multiple times so you can see her throughout the storyline.

To unlock Nia as a playable character, you must first finish the story and fight the game’s final boss. You won’t be able to unlock Nya until you finish the game, so this is an unfortunate situation if you wanted to add her to your party.

You may continue to explore the realm of Aionios after defeating the last boss in the Main Storyline and seeing the finale sequences. There you would be able to find the place and complete the task. Here’s how you can unlock Nia in Xenoblade Chronicles 3:

Nia takes on the appearance of a young girl in her Driver form. In the first introduction, in the trailer of the game, we see her in a mask so her appearance is not revealed until we play the game. Her eyes are amber, she has three white stripe tattoos on her face, and she has extended canine teeth. She is dressed in a yellow one-piece jumpsuit with a feline hood and gold-trimmed white armor plates.

Nia is a healer and uses her powers to heal and help others as much as possible. She can come off as snarky and critical, constantly having smart remarks about the flaws of other characters. She later builds affinity for them but she is not a goody two shoes. Her snarky attitude is different from what we see healers have in games; always happy and motherly.

Dromarch is a Special Legendary Blade. When attached to his Driver, Nia, he possesses the ability to heal teammates while striking. Dromarch is a Healer who employs the water element and wields Twin Rings. He assumes the form of a white tiger.

Dromarch and Nia were both Blades of the prosperous lord of Echell in Gormott Province. After the death of the lord’s daughter, Nia is compelled to ingest her flesh and become a Flesh Eater for the girl’s spirit to live on in her. After the lord’s death, Nia discovers Dromarch’s Core Crystal and becomes his Driver.

Nia is a brilliant healer as well as the Queen of Agnus. She can easily maintain the health pools of your whole squad. She can resurrect any of her slain teammates. Nia may be an excellent addition to your squad during the second playthrough, when you may find most of the foes to be more difficult than the first. Nia has offensive skills as the Queen of Agnus and she can do full damage regardless of the enemy’s protection.

The main disadvantage is that Nia has very little TP and can only utilize her Chain Attacks so many times. Similarly, while her Chain Attack ability allows her to resurrect the characters, it is rendered fairly ineffective if all of your characters are already up and fighting. Otherwise, she’s fantastic.

Nia is a very fun player to play with. For healers, the party setup game sometimes becomes boring as their sole role is to heal others so they can use brute force and kill others. Her strength makes her heal and damage at the same time.

It’s a good addition to the party if you want to play with tactics, not brute force or a complete supporting role. Even though her role is supporting, she can attack if given the opportunity.