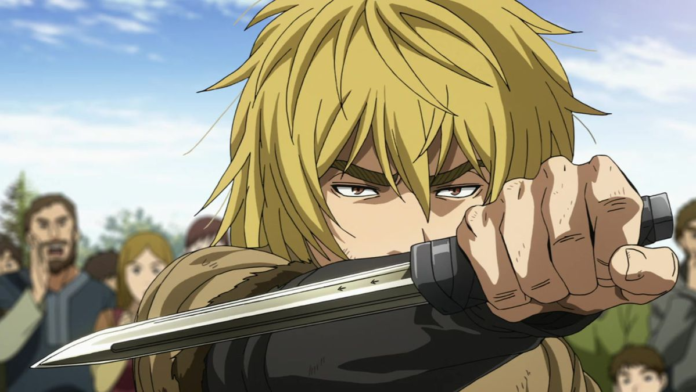 Seinen is part of the top four main genres of anime. For seinen meaning, you can understand it as a more explicit version of Shounen as it’s for the older audience, young adults, rather than teens. There are more realistic and adult themes like action, politics, science fiction, fantasy, real-life relationships, comedy, etc.

Following are the points which describe a seinen anime meaning:

Seinen (青年 in Kanji) means “youth.” The term is frequently used to denote a subgroup of the Japanese manga and anime market aimed at “young guys.” It is aimed at young adult, people who are past their student life and now into job and other responsible life.

Let’s begin the discussion with the anime that comes to mind first whenever the Seinen meaning or genre requires explanation. Berserk has all the elements that you’ll ever need for a seinen anime with adult themes to reality-based tragedies. No one gets over their wounds overnight with some power, nor does anyone magically turn good or have moral values. It’s one of the most human portrayals in anime ever.

If you want to understand what Seinen means in a nutshell, watch it. Be careful as it contains a considerable amount of graphic elements.

Vinland Saga covers a topic that was never covered before in anime and does it with grace. The history of Vikings and to show it without filter gives the series the approval of seinen anime. In the seinen genre, people tend to focus more on real history and depict that rather than made-up ones. Kingdom can also be considered an example as it focuses on Chinese History.

In this category, anime takes real-life problems and explores the min much more detail, exposing us to the cruel reality. The anime Monster depicts the inner agony that people can experience as a result of their decisions. He fights with his inner turmoil of guilt and burden. It’s an in-depth depiction of how one decision can ruin or make a person’s life.

Similarly, Kaiji also explores the concerns of gambling, which is an adult topic. It explores how a person tied to debts and gambling often spirals down and struggles. Another great example is Oyasumi PunPun.

Joker Game is based on the strategy of Japanese soldiers to train soldiers into being a spy. The agency tries to break away from the usual norms of fighting and trying to convince others that spy can be much more useful than brute force.

Also, the last season of Attack on Titan can be added to this category, as it’s not simply a fight between good and evil now. The series has taken a wild turn, and now it’s more political than usual Shounen action.

Steins; Gate tackles the concept of using time travel to alter the course of history. Okabe must cope with the consequences of his actions in the present every time he sends something back in time. This becomes a significant burden on his shoulders as he must decide what should be changed and what should remain unchanged.

It’s one of the best depictions of how much science and time travel are complicated subjects, not just a powerful device to teleport you.

The plot is based on Mushi, who are omnipresent creatures with what appear to be supernatural abilities. There are many more basic lifeforms than “regular” living creatures including animals, plants, fungi, and bacteria, and Mushi is the most primordial of all. Not everyone can see them, so the one special person, the protagonist who can see them, takes it upon himself to keep them in check.

It’s a basic story with no exaggeration, making it a calming story of a person. These types of simple, linear stories make up a part of seinen anime.

Code Geass is based in Area 11 which was conquered by enemies is has made the residents lose their rights entirely. The Empire maintains control by the employment of highly deadly robotic weapons known as Knightmares, but Lelouch, the black prince, rebels and uses the power of the Geass to establish his ideal world.

Being a mecha anime, this isn’t just about the genre used to define it here. It has a considerable amount of politics, so it can also be considered a highly political anime.

When it comes to action anime in Seinen, the category becomes more about the action between the classified right and wrong and how everything is originally gray. Not everyone can be perfectly good or bad and that is portrayed in these series, which is honestly much more realistic. For example, in Psycho pass, a machine tells you how much the person is likely to kill another person and once some innocent people die, people start to question it.

Ending with a comedy series so that all the heavy and real-life tragic topics can have a rest now. In Comedy, this genre has a lot of anime that have comedy despite being based on quite serious topics. while there are some basic comedy shows but the more appreciated ones are the ones having dark comedy.

It’s not everyone’s cup of tea but dark comedy is good to relieve your stress once you face the real problems of your life. A good example is Sayonara Zetsubou Sensei which is about a teacher who is into dark topics.

With that, let’s end this journey of understanding seinen anime meaning. Hopefully this article helped you understand the meaning better.