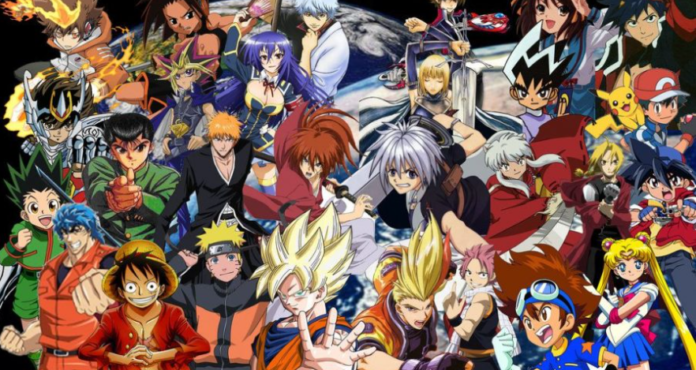 Shounen (also written as Shōnen) is a Japanese creative category aimed at adolescent boys. It is one of the primary editorial categories of anime and manga, along with shoujo, seinen, and josei. It is literally formed with two characters of kanji “少” and “年” which translate to “few years”. This collectively makes up the Shounen word’s meaning, which is “young men or boys”.

In the Japanese market, shounen is the most popular of the four basic demographic categories of manga. Although shounen manga nominally targets a young male audience, its actual readership stretches much beyond this demographic to include people of all ages and genders. It is now equally popular regardless of gender, it started as this because of the main character being a male and the story stemming from his existence.

The stories in the Shounen genre mostly have the meaning best applied when you see the story as a whole, which is basically a journey of a young boy. There are several characteristics that can be applied to the general shounen category, and those are:

This further can be best explained by the types of shounen anime there are.

Examples of Shounen in Anime

Here are all the anime we believe can define a certain category relating to the shounen meaning the best.

The themes of Shounen that started it all, Action and Adventure. We all know the masters of the shounen category are anime like One Piece, Dragon Ball Z, and Naruto. They set the foundation for an underdog to become super powerful with a special power or ability. These animes are the literal definition of anime when someone starts their journey of this world and rightfully so, they deserve this top spot.

Another remarkable thing about these animes is that they are not just action-based and more about the story of the protagonist and the people around them. This adds some comedic, some emotional, and some other elements keeping the story fresh. Also, the fact that they don’t die, must be frustrating to the opponents. Other examples include Pokémon, Digimon, Hunter X Hunter, etc.

Attack on Titan: Action (Heavily Based)

The sci-fi or fantasy category is much more fun and unrealistic, which makes it a perfect category for teens who just want to have fun. Let’s take Dr. stone for example. Do you actually believe that a high schooler managed to make a cell phone out of rubbish? Please be honest, because it’s as absurd as it sounds. The anime does a good job of making it realistic and believable, but it’s still far from reality.

Of course, this doesn’t take away the fact that these are highly enjoyable and sometimes popular because of these explanations. Another widely popular example is Fullmetal Alchemist.

For the school category, there are many which have this as the central theme, implying that the protagonist needs to learn a lot. As in the example, My Hero Academia, Midoriya gets into school with a miracle which is the power he secretly got. This anime checks out all the above characteristics, but in a school setting where he has to learn before going out.

Naruto can also be considered part of this category, as everyone goes through training and both protagonist learn to control their powers. Other examples: Haikyuu!!, Inazuma Eleven, Free, etc.

There aren’t many animes that can be called historical due to them being highly out of place in history. Some manage to give that vibe with an atmosphere built around ancient times. For example, we can see in Naruto that it’s historical based on their living habits and area shown. Dororo is another example of historical shounen anime.

Want to enjoy some mind games and a suspense-filled story? Check out some thriller and mystery-themed anime like Yuukoku no Moriarty, Death Note, etc. As shounen meaning is basically a teen audience, it’s going to be highly intelligent 18-year-olds making the most elaborate and fancy plans which not even a grown-up can comprehend. It’s fun if you forget they are literal kids, but nice to watch nonetheless.

Believe it or not, among the highly macho and fighting types of shounen, the calm simple type of anime is also in this category. Sometimes you need a little calmness in your life with some slice-of-life normal teen stories. They can be a little too normal, but they are enjoyable to freshen up your mind after a rough, bloody fight with broken limbs and blood pouring out the type of graphic anime.

If you are no longer interested in the stories of this world, you can see a male protagonist in an Isekai anime go to another place and get popular. Most of the time they are boring people who suddenly become really popular and have to “save the world”. Popular examples of this category include Sword Art Online, Shield Hero, Re:Zero, etc.

The comedy genre in shounen is nothing to be deciphered, as it’s just as broken as one expects teenage humor to be. Almost all shounen series have comedic elements in them, making them a distraction from the usual topics and series storylines. If you want to watch some good anime which is comedy, Daily Lives of High School Boys, Gintama and Bakuman are good picks.

This category is mostly added to the storyline without making it crucial to the story. As Shōnen is targeted at a younger audience, the use of the Harem concept is much more present as an appeal to the storyline. It’s a fan service rather than having an actual purpose. Like the example above, the sisters all have their own personalities. Somehow all are responsiblity of one guy, Fuutarou their tutor. But if one of them is removed, the story wouldn’t change much.