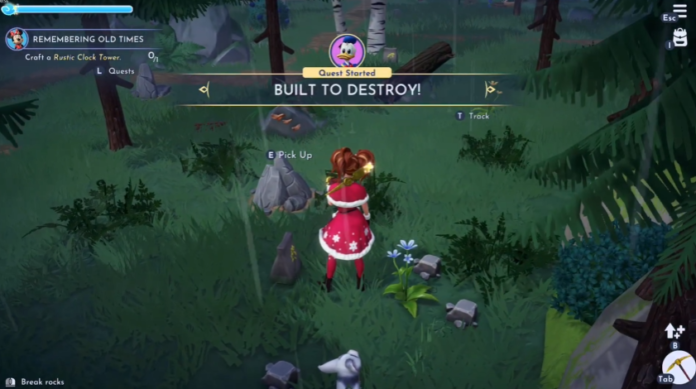 In Disney Dreamlight Valley, making friendships is the main focus of the game. Built to Destroy Quest is one of Donald Duck’s Friendship Quests which helps you strengthen your friendship with him. You need to complete a quest chain that includes unlocking Stitch. There is a series of quests or mini-tasks you need to complete in the correct series. In this guide, we’ll help you complete this Built to Destroy Quest in Disney Dreamlight Valley and help you unlock Stitch.

The quest have many small objectives you’ll need to complete in order given below.

Process of Built to Destroy Quest

This quest begins immediately after obtaining the third and final sock in the Forest of Valor. Once you’ve obtained the sock, you’ll notice three possible owners: Mickey, Kristoff, and Merlin.

Go to Merlin last and he’ll tell you there’s been a commotion in the Dreamlight Library after a brief conversation. Before speaking with Donald Duck, enter his house, remove the trash, and obtain the Mysterious Claw.

Donald Duck will complete authorization after receiving the Mysterious Claw and placing it inside the Strange Device. It will transform into a Homing Beacon, which you will use to lure the alien to the Valley.

Go to Skull Rock in Dazzle Beach’s southeast corner and look through your furniture inventory to find it. Set it down to begin the final stage of the quest. When you place the Homing Beacon on Skull Rock, a cutscene will begin, revealing Stitch as the mysterious alien. Before deciding to build him a house, you’ll have a brief conversation with him and Donald. Stitch will have a new home after a Scrooge chat and 10,000 Star Coins.

The reward for completing this quest is Stitch’s Sock Stash which you’ll get as soon as you tell Stitch about his new house. This chest contains a few socks that Stitch takes to use as fuel for his spaceship.

That’s all for the Built to Destroy Quest in Disney Dreamlight Valley. For more similar game guides, check out the gaming tab given above.