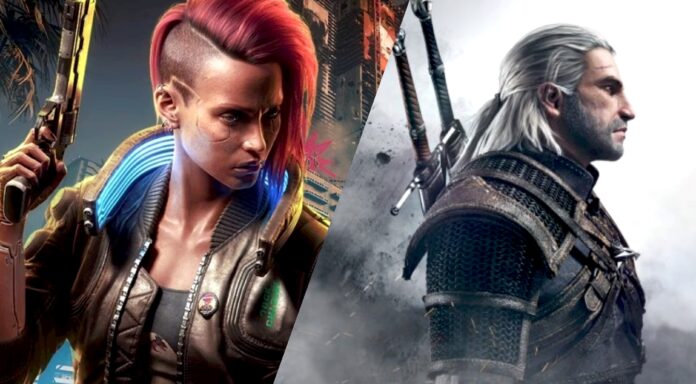 CD Projekt Red has revealed their projects with the expected names and brief descriptions for several new games which include three future Witcher games, a new Cyberpunk title, and a brand new IP.

The business introduced three new productions based on The Witcher universe in a Twitter thread. Project Polaris, the first game of a new trilogy for The Witcher brand, is in preproduction at CD Projekt RED, with the daring goal of producing the remaining two entries in the trilogy within six years of Polaris’ release.

Project Sirius, an innovative multiplayer title, is under preproduction at another branch, Molasses Flood, with CD Projekt RED’s assistance. Project Canis Majoris will be a single-player, open-world RPG developed by an unknown third-party firm led by The Witcher series veterans.

Project Orion represents a codename for our upcoming cyberpunk game, which will further the series. According to the company’s announcement, Project Orion is a sequel to Cyberpunk 2077 that “will prove the entire strength and potential of the Cyberpunk universe.” The company’s new North American studio, CD Projekt North America, will be in charge of developing Orion.

Earlier next year, the organization also plans to release an expansion for Cyberpunk 2077 named “Phantom Liberty”.

The first one is Polaris which we know that it’s an upcoming trilogy game that would be released soon as it’s already in preproduction. It is the start of a new tale and will continue with the next two, all connecting to the same story. Two more Witcher games would be released, to complete a new AAA RPG trilogy, in six years from its first release.

Canis Major is a standalone Witcher game that is not a part of the new Witcher tale that begins with Polaris. It will be created by a separate developer but till now who is working on this project’s development remains unknown. It is expected to be handled by programmers with experience in previous Witcher games.

Sirius is a codename for the video game being developed by The Molasses Flood and taking place in the world of The Witcher with help from CDPR. It will be different from their previous works in the aspect that it will have multiplayer gaming in addition to a single-player campaign with quests and a story. Let’s see how that will turn out in the domain of Witcher.

Last but not least, a brand-new IP with the codename “Hadar” is also in the works, however, details are still being kept under wraps. According to CD Projekt Red, this game is still in the “early stages of the creative process,” therefore work on it has not yet begun. It will be a “completely separate IP” that is “developed from scratch” within CD Projekt Red, the business did reveal.

All of these add up to seven confirmed CD Projekt Red Projects who are in the works. Hopefully, all of these live up to their hype. With the rocky start for Cyberpunk 2077, people may be skeptical of this sequel. They did redeem themselves but that mark still stands in some people’s minds. This may be a chance to erase that. Good Luck.

For more updates, follow our News section on the site Retrology.