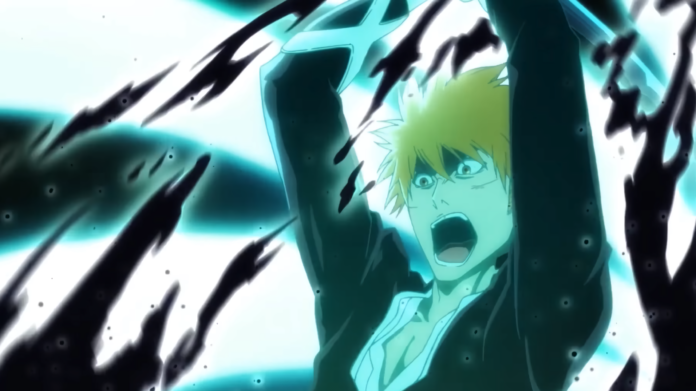 Bleach is an action and supernatural anime which aired from 2004 to 2012. The anime is based on the manga by the same title by Tite Kubo. As the air date for its new season draws closer, Bleach Thousand-year Blood War received a new trailer.

Bleach follows the young Ichigo Kurasaki who has the unique ability to see souls in the human world. After obtaining powers from a Soul Reaper, Rukia, Ichigo must prepare to take over the responsibilities that come with the powers. He learns his classmates at school also have powers of their own, allowing them to fight Hollows, which are lost souls, as well.

He teams up with them to play his role as a “Substitute” Soul Reaper. Soon enough, he and his friends must prepare to face more than just the Hollows.

Bleach is a legendary anime which once stood with the Big Three. Now, after 10 years, Bleach is making a comeback after being abruptly put off. The anime is set to air in October 2022 and is produced once more by Studio Pierrot.

You can watch the newly released exciting Bleach Thousand-year Blood War trailer below.

The trailer has got many fans on their toes as they wait in anticipation for the anime to return. Additionally, even fans who have finished the manga are excited for the release of this season. This is because the creator of Bleach has revealed that this season will include never before seen scenes. Fightings scenes that did not make it into the manga will all be animated.

With a completely renewed animation style than that of the prequel, an amazing all-new soundtrack, and the same old cast, Bleach has everyone hyped up. Although it is often criticized for its ridiculously long fillers in the anime, we think Bleach has several good points worth considering before you think of skipping it.

That’s all we can say for the new Bleach Thousand-year Blood War until more information is revealed. Furthermore, Bleach fans can also check out this stunning Senjumaru Shutara cosplay. For more anime news, stay tuned to Retrology.