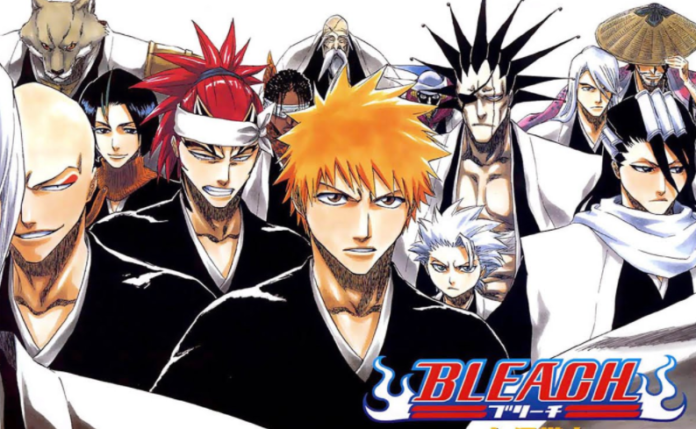 Bleach started airing in Fall 2004 and ran for about 8 years, ending in Spring 2012. It was one of the mainstream Shounen anime, right beside One Piece and Naruto. In this Bleach Review, we will discuss the plot and analysis of the anime which once stood as the Big Three.

Bleach is a supernatural story about Souls and Soul Reapers, but here the Soul Reapers are the good guys. The protagonist is a human teenager, Ichigo Kurasaki, who has the unique ability to see souls in the human world.

His life changes when a Hollow, a corrupted Soul, attacks his family. A Soul Reaper named Rukia comes to his aid. During the fight with the beast, Rukia is injured and offers Ichigo her powers to protect his family. After Ichigo finished the enemy off, Rukia is unable to take back her powers. Thus, the task of fighting these Hollows falls into Ichigo’s hands. He learns his classmates at school also have powers of their own, allowing them to fight Hollows as well. He teams up with them to play his role as a “Substitute” Soul Reaper. Soon enough, he and his friends must prepare to face more than just the Hollows.

It starts with a simple concept, there are two dimensions, one where our main protagonists and other humans live. The other is the one where Souls stay before reincarnation, the Soul Society. Soul Reapers are the ones who guide the Souls to the Soul Society. They also fight Hollows, which are Souls corrupted after wandering the human world for far too long. Later it reveals that a third dimension exists between them, Hueco Mundo, where the Hollows reside.

The main character, Ichigo, although, stubborn, cares about his friends greatly. Ichigo has a short temper and a strong will, training hard to protect those dear to him and fulfill his responsibilities. Rukia is modest and has a reserved personality, thus having difficulty making friends. She often ends up hiding her feelings and troubles even from the people who are close to her. To complete the show, we have Inoue Orihime, the female lead and eventually the love interest of the main character. Even though she is an air-headed girl, she somehow always aces her tests in school. She is a kind and caring girl with a wild imagination, sometimes even blowing things out of proportion.

The first arc is full of action and builds an enthralling plot. As the next arc starts the story strays and the following few arcs are mostly just fillers. However, as many people have stated, even though the show becomes rather slow, you still can’t expect what is to come next, which keeps its viewer’s eyes glued to the screen.

The animation fluctuates throughout the show, but it’s far from bad and in some scenes, it’s rather aesthetically pleasing. Moreover, the soundtrack is a composition by Shiro Sagisu and is nothing short of a masterpiece, fitting the setting of Bleach perfectly. Besides that, the openings and endings feature many famous artists, like UVERworld and Aimer, setting the mood for the episode.

The next season of Bleach, Bleach: Thousand Year Blood War Arc, is set to air in the Fall of 2022. It has many fans across the world waiting in anticipation.