Best Soifon cosplay to wake up your inner shinigami 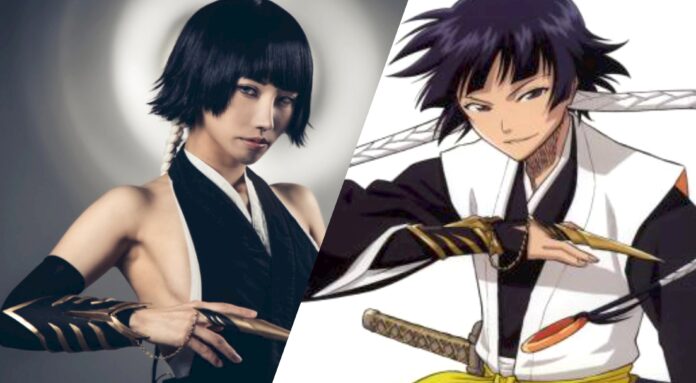 Su-Fng, also called Soifon, is the captain of the 2nd Division in the Gotei 13 and the chief commander of the Onmitsukid. Appearance wise, Soifon is a very small woman with grey eyes and black hair that she wears in two long braids that are wrapped in white fabric and each end in a big golden ring. This article will focus on some Soifon Cosplay which portray her character exactly like the anime; down to her weapon, Zanpakutō.

For her outfit, Soifon is dressed with a sleeveless haori and a yellow obi that are knotted around her waist in a classic Shinigami captain’s costume. Su-Fng is dressed in an Onmitsukid commander-in-chief uniform underneath her ordinary Shinigami captain’s garb. This outfit lacks sleeves and a back cover, but it does have long black arm bands.

Her weapon Zanpakutō is the hardest to replicate and there are two forms of it. First, Suzumebachi looks like a wakizashi with a yellow hilt in its sealed form. Secondly, in form, Bankai resembles a defensive armor that covers Soifon’s entire right arm and extends past her shoulder to create a face shield. It also has a weapon with a base attached that resembles a missile is visible.

Starting with this cosplay by @Tngchkecchap, there isn’t much to say other than the fact that it’s amazing. The anime makeup, hairstyle, outfit everything is so on point. Lastly, the weapon, Zanpakutō, looks really realistic and well crafted so applause for that separately. An effort well showcased.

The cosplayer nelly_laufeyson did her best on every element to construct this character. The yellow belt is missing but that’s not really taking away anything from the effort she put in. Good Job!

Cosplayed by ze.itsu and photographed by scriber_photography. The mask gives the character of Soifon a more mysterious aura which gives the cosplay a new look. Maybe it’s because of the pandemic or was intentionally added, either way, it looks cool. Points for that!

Moe aka @mntn108 put together this cosplay and the effort is really commendable. Everything from the outfit to gold rings in the hair is present. She has some fun edits on her profile regarding the photoshoot in this outfit so do check them out.

This Soifon cosplay is one of the most detailed and best-replicated ones. The cosplayer lonewolf__98 took notes of every possible thing she could to mimic the original anime character. Even the Zanpakutō in its activated form, Bankai, is shown here and that is not a small thing. The effort really shines through with this cosplay.

All of these cosplayers put the effort into their cosplay and it’s visible. Do visit their profile and show them an appreciation for their cosplay. If you are interested in cosplay of different anime characters, check out the Cosplay section and choose the one you prefer.