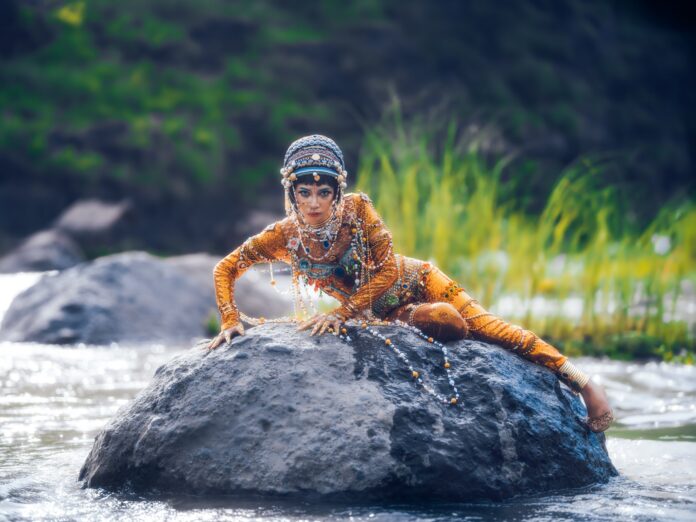 Ever since the Love Death series has come out, it has become as much popular in the costume department as its story. It is no doubt that the effort put into the stunning costume designs and their makeup is quite splendorous and has ultimately let people present their versions of the Jibaro cosplay, a famous character in the series.

There have been many attempts for this specific character, Jibaro cosplay and we’ve covered that previously. Here is another example of how cosplayers are creative to capture the character’s true essence.

The pictures were posted on Facebook, by a Philippine photographer Jao (ocamproductions on Instagram). There expressed how he really wanted to take photos of this unique designed character due to its popularity. That is understandable considering the hype around this character along with the creative costume design which can catch anyone’s eye.

The Model chosen for this photoshoot is named Mary Nicolette Esmilla and it’s clear that she has fully captured the essence of the fictional character.

The details can be seen here, and are super fine and true to the original character. The makeup is actually done by the Mary, the cosplayer, herself as she is a remarkable makeup artist. She is a renowned makeup artist in Philippines and runs a makeup page separately. If you are interested in cosplay or SFX makeup, do check her out.

Considering how the original siren character was fully CGI, its astonishing how spot on the costume, makeup, accessorizing to the teeth all is here. The original post also mentions how the costume was made partially by the model’s mother and the effort can be seen clearly here.

How would this photoshoot be complete without a picture in the siren’s natural habitat, water? Apart from the character, the capture is so aesthetically pleasing, especially this shot. The colour combination of teal and orange is quite famous in photography. That is used here to make the photo visually appealing.

Here is a final look at the full costume with an equally beautiful background, pairing well with the bright jewel tones of the costume. We surely are in awe of how good this is. The level of creativity is quite amazing. To shower love for the creator, make sure to visit their profiles and appreciate them. You can also check more images by them there.

According to your interest,