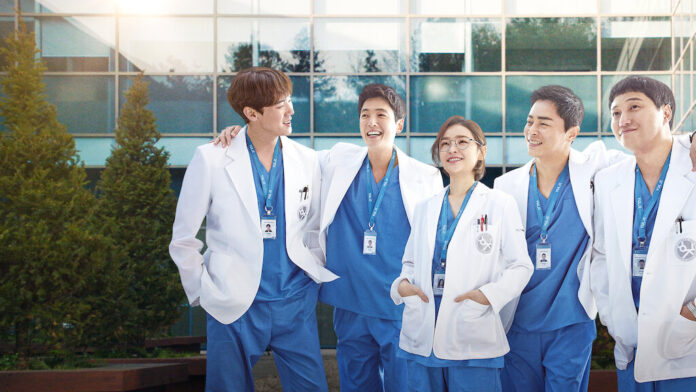 Kdrama genres are not all Squid Game with intense social topics or Park Hae-Soo dramas emphasizing rom-coms only. They have diverse genres, from comedy to romance, and even medical dramas. In their respective stories, medical K-dramas explore a wide spectrum of subjects. These K-dramas include romance, thrillers, supernatural elements, and even comedy.

Medical dramas bring a different kind of thrill to the table. Since they frequently involve a life-or-death emergency that can occur in the ER or hospital. These medical K-dramas are regarded as among the best to have debuted in South Korea and are highly liked by overseas audiences as well.

Doctor Prisoner will lead fans on a dark journey of vengeance for a doctor who was wrongfully accused. Na Yi-Je is a brilliant surgeon who is accused of malpractice in an unintentional disaster. Yi-Je is booted out of the hospital and his reputation is shattered as a result.

Yi-Je decides to work as a doctor in a jail with a specific goal in mind. While working at the prison, he hopes to make enough contacts to take his vengeance on those responsible.

Next on our list is Heart Surgeons, a 2018 medical K-dramas, that has 32 episodes. Three thoracic doctors at Taesan Hospital are the focus of the drama. Park Tae-Soo is a surgeon who is desperate for a heart transplant for his sick mother.

Choi Suk-Han is a well-known surgeon who works alongside Tae-Soo. Suk-Han isn’t given the same level of respect because of his degree from a local college. Finally, Yoon Soo-Yeon survives a near-fatal accident. After this, he decides to pursue a career as a thoracic surgeon. She is also the director of the hospital’s daughter.

Park Si-On, an autistic genius with detailed memory and spatial skills, is the focus of the 20-episode drama.

He soon attends a hospital as a pediatric surgery resident, but due to his autism and emotional capacities, he has difficulty proving his usefulness to the other surgeons. With only six months to prove himself, Si-On’s chances are stacked against him, especially when he begins to fall in love.

Doctor John is another medical drama that has surpassed the 16-episode threshold, with 32 episodes in total. The drama revolves around two doctors and the recurring issue of euthanasia principles. Cha Yo-Han is a highly regarded anesthesiologist who comes across as unpleasant and frigid.

He’d previously done time in prison for euthanizing dying patients he couldn’t save. He and his second-year resident, Kang Si-Young, collaborate to diagnose patients and determine the source of their illnesses.

Dr.Romantic is one of the popular medical K-dramas. Dr. Romantic was extended for a second season after receiving positive feedback from viewers. Boo Yong-Joo is a triple-board certified surgeon who practices in Korea but withdraws from his practice after the death of his junior.

He adopts a new identity as Kim Sa-Bu and returns to medicine as the Chief Surgeon at a small hospital. Young-Joo envokes in his residents the importance of standing up to corrupt power and riches and doing what is right for the patient.

Hospital Playlist is a Korean drama that will have fans laughing and crying in the same episode. The medical K-drama received such positive feedback from viewers that Netflix approved a second season. The plot of Hospital Playlist revolves around five best friends who met in medical school.

They are all now surgeons in various departments of the same hospital. Fans follow these friends as they confront real-life obstacles such as parenting a child, a broken marriage, career-changing decisions, and family issues. While doing so, these characters must deal with the burdens of working as doctors. Don’t worry, this gang of friends always finds a way to make each other laugh at the end of the day.