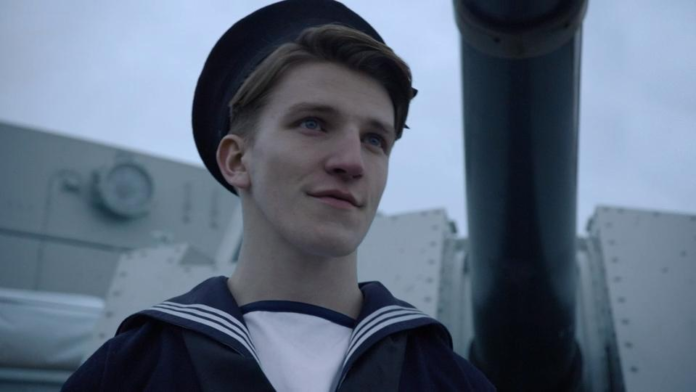 With the fame of House of the Dragon, many actors like Milly Alcock, Emma D’Arcy are comign under the radar for their exceptional talent and skills. One of these rising talents is Ewan Mitchell, who plays Prince Aemond Targaryen in the series. Let’s look at some more of Ewan Mitchell movies and TV shows, which show his talent and skill are amazing from the start.

High Life is a 2018 sci-fi horror film directed by Claire Denis. The main cast includes Robert Pattinson and Juliette Binoche. The plot revolves around a group of criminals who are sent on a space journey to a black hole while participating in scientific experiments. Mitchell was lauded for his terrifying and memorable performance as one of the criminals on board the ship Etorre. Despite having a little role, he was able to keep the audience’s attention.

Peter Bowker produced the British war drama television series called World on Fire, which is set during World War II. The series depicts the linked lives of regular individuals caught up in the conflict across Europe. In World on Fire, Mitchell plays Tom Bennett. The first season of the show focused on people’s lives and how the conflict affected them. Tom, Mitchell’s character, is a petty criminal who joined the British Royal Navy after being apprehended by the police for his crimes.

Mitchell’s first television role was in the 2017 British historical drama The Halcyon. The drama takes place in the luxury, five-star hotel during World War II. Mitchell portrayed Billy Taylor, a bellboy at the hotel and the son of Peggy, the hotel’s telephonist. This series had the potential to take off but due to some problems, it’s production unfortunately stopped after season 1.

Mitchell’s first taste of mainstream fame came through The Last Kingdom, a historical fiction miniseries on Netflix. His role in The Last Kingdom is likely his longest-running one to date, and the one for which he is perhaps most known to the public.

He played Osferth, is King Alfred’s bastard son, for four seasons of the historical drama based on Bernard Cornwell’s novels. The Last Kingdom depicts the fight in the 9th and 10th centuries between England before it was established as a nation and the invading Saxons. It depicts the formation of the United Kingdom as well as the political, social, and personal alliances and relationships that existed at the period.

Let’s end with House of the Dragon a show which without a doubt first brought Ewan Mitchell to the attention of mass audiences. The drama is a precursor to HBO’s giant hit series Game of Thrones and is based on George R. R. Martin’s book Fire and Blood.

The series takes place 200 years before the events of Game of Thrones and follows the Targaryen family at their peak and then downfall.  Mitchell portrayed the clever and aggressive Prince Aemond. His character didn’t get to have a lot of time in story, but it surely left an impact.

With that, the list of noteworthy Ewan Mitchell movies and TV shows ends here. He also have worked in some short films so do check them out if interested.

Milly Alcock movies and TV shows that will exhibit her versatile...

Here’s what Jaime Lannister has to say about the House Of...