Best Anime Openings of the 2000s 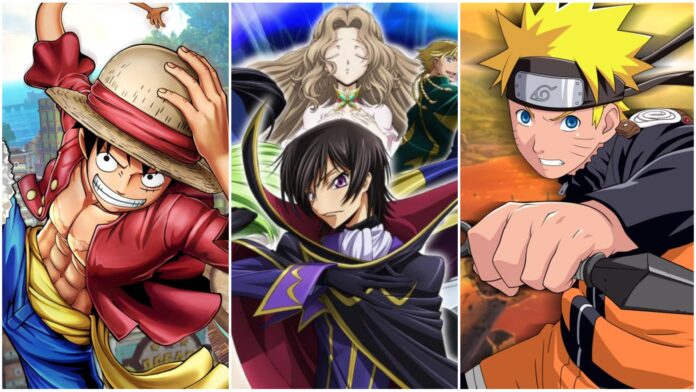 The 2000s brought us some fantastic anime that people enjoy even now. Anime like Death Note, Code Geass, Guren Lagann, and Ouran Highschool Host Club has gained a lot of attention throughout the decades. Today, we have compiled a list of some of the best Anime Openings from the 2000s. These openings will surely take you down memory lane.

Naruto was one of the Big Three Shounen anime, along with Bleach and One Piece. Packed with action and interesting characters, the anime was able to build a huge fanbase. Although Naruto is often criticized for excessive filler episodes, many people still appreciate its story. Coming out in 2010, the opening by FLOW is easily one of the most famous Naruto openings.

Soul Eater is rather underrated now, but back when it was airing, it was well known. Airing from 2008 to 2009, the show follows a supernatural and comedy story. Students of the Death Weapon Meister Academy take on missions to collect souls and protect the world. The opening is performed by Tommy heavenly6 and is definitely hard to skip.

Fairy Tail is a Shounen Adventure and Fantasy anime about Lucy Heartfilia. She and her friends, Natsu Dragneel, Gray Fullbuster, and Erza Scarlet take on often dangerous commissions to save the world. Although the anime is disliked by critics because of the unnecessary fillers and fanservice, it is also loved by a lot for being light and not serious. Nonetheless, the Fairy Tail first opening by FUNKIST brings nostalgia along with excitement with it.

Death Note is a legendary anime that almost everyone who watches anime has watched. As Light finds the Death Note dropped by Ryuk, he aims to cleanse the world of evil by getting rid of the evil-doers. Indeed, the opening by Nightmare captures the madness in an outstanding way. Furthermore, the opening shows parallels of Light and L showing how far they are willing to go to for their conflicting goals in a battle of wits.

One Piece has been airing since 1999 and has had its fair share of amazing openings, and this one is most people’s favorite. This light-hearted anime opening features some wholesome shots of the Straw Hat Pirates, who are on their journey to find the One Piece. Additionally, the song itself, by TVXQ, is also worth singing along to.

Full Metal Alchemist: Brotherhood is a story about two brothers and their journey to regain what they had lost. The opening song by YUI is beautifully performed and grasps the nature of the anime in a remarkable way. Moreover, the anime opening also shows the boys’ past and experiences besides the characters in action.

Finally, Code Geass has one of the best anime openings from the 2000s. The show is about Lelouch Lamperouge and how he tries to make his ideal world a reality with the power of Geass. This opening is, once more, performed by FLOW and is absolutely enthralling. Besides the music, the opening introduces all the characters and is nothing less than perfect in showing the setting of the anime.

This decade was full of amazing anime and amazing openings and these are some of our favorites. Lastly, You can also check out our favorite Luffy Gear 5 fan art collection or this list of some of the best sports anime. For more anime content, stay tuned to Retrology.

One Piece Chapter 1049 Discussion – Everything Explained!

What Admirals in One Piece would look like in real life

Luffy vs Kaido fan art that will split the sky