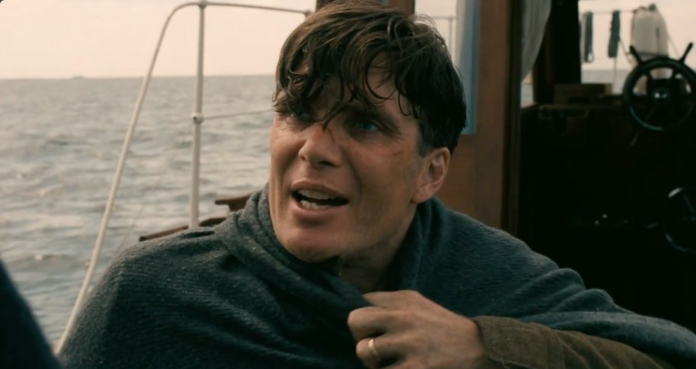 Cillian Murphy has been in the filming industry for a while now. He has done countless projects whether serving as a supporting character or showcasing his acting skills through main roles. He is most notably known to today’s generation as Thomas Shelby in Peaky Blinders. That is indeed one of the best projects but let’s not forget others. Let’s look at the list of all the best Cillian Murphy Movies you need to watch.

Undeniably one of the Best Cillian Murphy Movies this Christopher Nolan movie is one of a kind. You are taken on a journey that makes you wonder whether what is happening is real or a dream. Cillian Murphy portrays Maurice Fischer’s dying son, leaving Robert as the only successor to his enormously wealthy empire.

All the necessary emotions are expertly portrayed by him which makes the situation more realistic. His acting could make you overwhelmed with emotions which he can achieve with his dying father,

A thriller movie, Red Eye is an amazing example if you want to look at Cillian’s acting capabilities. Cillian Murphy plays a role of a villain, a terrorist who kidnaps a woman and demands that she kill a politician or her father will die as a consequence.

Jackson Rippner, who is played by Murphy, becomes increasingly maniacal as Lisa, the woman mentioned before, outwits him. This brings out his psychotic side so do watch it if you like crime movies.

Cillian’s role is not much talked about in the Dark Knight Trilogy because of the award-winning role of Joker. But if you take that away and then look at his acting solely, you’ll understand why he is on this list. His character as Dr. Jonathan Crane is not prominent in the later two movies which is why you should watch the first for his role.

Although Murphy’s screen time in Christopher Nolan’s WWII blockbuster Dunkirk is limited, his or her performance leaves a mark. The impact of his performance and the character’s significance to the plot is crucial to the progression of the narrative. His acting is strong which made viewers remember him even though he was not in the movie for a long time. Talk about powerful acting.

In The Wind That Shakes The Barley, he gave what is possibly the best performance of his entire career to date. In order to try to liberate Ireland from the British, Damien, played by Murphy, and Teddy, played by Padraic Delaney, join an IRA column.

It was well received by critics, and although if it lacked the depth of emotion found in Loach’s other movies, Murphy was still able to deliver a memorable performance.

Danny Boyle’s film 28 Days Later is widely regarded as Cillian Murphy’s breakthrough performance.
They were able to give the zombie stereotype a new and creative spin with “28 Days Later.” In this terrifying zombie thriller, Murphy plays Jim, who awakens from a coma to discover that the infected have taken over the globe.

This meant that the ability to convey those true moments of dread would be completely dependent on the acting; in this great film, He demonstrated his acting prowess on a grander scale.

In this science fiction film, a team of astronauts are tasked with bringing back the sun in the year 2057. In the movie, Cillian Murphy plays Robert Capa, one of the physicists sent on the perilous expedition.

Given its underwhelming box office result upon debut, Sunshine is more talked about now than before as since then, both critics and viewers have grown to enjoy it more. The adventure film does a fantastic job of combining suspense with character development despite its high concept.

Starring in an already acclaimed movie and still standing out is a hard task and Cillian Murphy does it. In Quiet Place II, Cillian Murphy plays Emmett, a family friend of the Abbotts. After Evelyn and her two kids leave their family home, they run into Emmett while traveling and beg for his assistance.

Emmett seeks refuge in a deserted warehouse while he laments the death of his own family. Most of his exact history is still unknown, but Murphy’s acting throughout the movie creates a satisfying character development.

Cillian Murphy rarely goes into the comedy genre but he got to experience it in Sally Potter’s The Party. When a lady hosts a party to celebrate getting promoted at work, personalities clash and the event quickly devolves into chaos.

Cillian Murphy is only one of a fantastic ensemble cast that features many A-list actors. This comedy is funny to watch, but it also makes a sharp societal statement. It does a good job of portraying how various people respond when required to assemble in huge groups.

This movie is one of the first that Cillian ever worked on. Yes, this isn’t really that great according to the rating but if we focus solely on Cillian’s acting, it is clear that he gives his all to this role. The emotions of loss and confusion portrayed in this movie are amazing.

These are all the ones we think as the Best Cillian Murphy Movies. If you want more suggestion, check out the sports documentaries or serial killer ones. You can also check the list for Ana de Armas and Chris Hemsworth movies if you like!