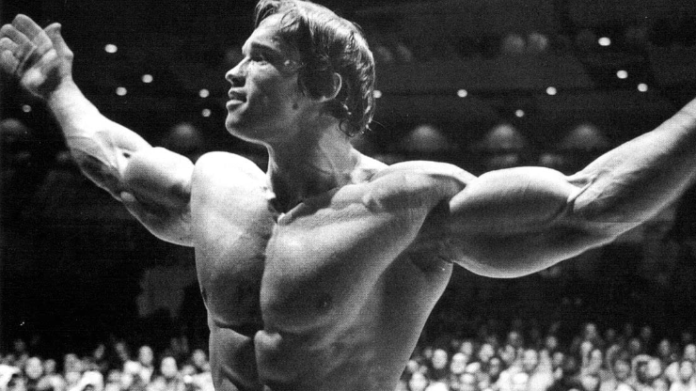 Previously, we had covered the best sports movies to watch when you need motivation. Today, we’re presenting our list of best sports documentaries. These documentaries are just what you need if you’re a sports enthusiast or need inspiration cause these stories are just as true as they get! From cycling to boxing, you’ll get a peek into the lives of professional athletes and their struggles.

The Last Dance is a Netflix documentary with a 9.1 rating on IMDb. The 10-episode docuseries aired from April 2020 to May 2020. The series was directed by Jason Hehir and published by Netflix and ESPN Films. It follows Michael Jordan and the Chicago Bulls in Michael’s final season with the Bulls in 1997. It is packed with interviews of many people including Jordan and other players and even Barack Obama and Bill Clinton.

A Sunday in Hell

Directed by Jørgen Leth, this movie has a 7.7 rating on IMDb. The Danish documentary was released in 1976 and captures the Paris-Roubaix bicycle race of 1976. The movie shows what professional cycling is like, including the participants, spectators, and the entire atmosphere. From the preparations for the race to the race and even post-race interviews is a part of the documentary.

Although half-scripted, Pumping Iron is a documentary worth mentioning. With a rating of 7.3 on IMDb, the 1977 docudrama talks about professional bodybuilding. Directed and based on the book by George Butler, it follows the 1975 Mr. Universe and Mr. Olympia. From dealing with losses to starting a rivalry, the movie shows how Arnold Schwarzenegger makes his way to the top.

This 2010 documentary about Pablo Escobar and Andres Escobar has a rating of 8.1 on IMDb. Directed by Jeff and Michael Zimbalist, it shows how two completely unrelated people, in different professions, can be connected by fate. It does this by showing how the football player, Andres, lost his life after a mistake he made which had an impact on the drug lord, Pablo.

An American documentary directed by Bryan Fogel as he uncovers the truth about doping and cheating to win. Released in 2017, the documentary has an IMDb rating of 7.9. We follow Fogel as he meets a Russian Scientist who leads the anti-doping laboratory. This is one film which will be enjoyed not only by sports enthusiasts but any person who likes thrillers.

Directed by Bonni Cohen and Jon Shenk, the 2020 Netflix documentary has a rating of 7.6 on IMDb. It not only focuses on gymnasts but on the sexual abuse they had to experience. Maggie Nichols, also known as Athlete A, seeks justice after being sexually assaulted by the infamous physician of the women’s national gymnasts’ team, Larry Nassar. This movie is definitely a must-watch as it touches on a topic rarely talked about in sports documentaries.

With five seasons and 38 episodes, Last Chance U is an American documentary with a rating of 8.4 on IMDb. The series aired from 2016 to 2020 and focuses on the East Mississippi Community College’s Football program. It also has a spin-off series, Last Chance U: Basketball which has a rating of 8.3 and is still ongoing.

Next is the Formula 1: Drive to Survive, with an amazing score of 8.6 on IMDb, it highlights every single aspect that comes with becoming a Formula 1 team member. The docuseries started airing in 2020 and includes famous drivers like Lewis Hamilton, Daniel Ricciardo, and Max Verstappen. The show goes over the lives they have to lead, and their struggles and determination.

14 Peaks: Nothing is Impossible

Directed by Torquil Jones, 14 Peaks: Nothing is Impossible follows the Nepalese mountaineer and his team as they set off to break the world record and climb on top of all the 8000 m peaks in less than 7 months. With footage of the journey captured by the expedition team themselves and interviews, the documentary has a rating of 7.7 on IMDb.

Lastly, named after the legendary boxing champion, Muhammad Ali, the documentary showcases his life and career. Directed by Sarah Burns, Ken Burns, and David Mcmahon, it was released in 2021 and has a rating of 8.7 on IMDb. The people mentioned in the documentary include Malcolm X, Kareem Abdul-Jabbar, and Ali’s brother Rahman Ali.

That’s all for our favorite Sports documentaries. Additionally, you can check out this list of our favorite sports anime. For more movies and tv show recommendations, stay tuned to Retrology.

Top 5 documentaries to watch on Netflix this November (2021)