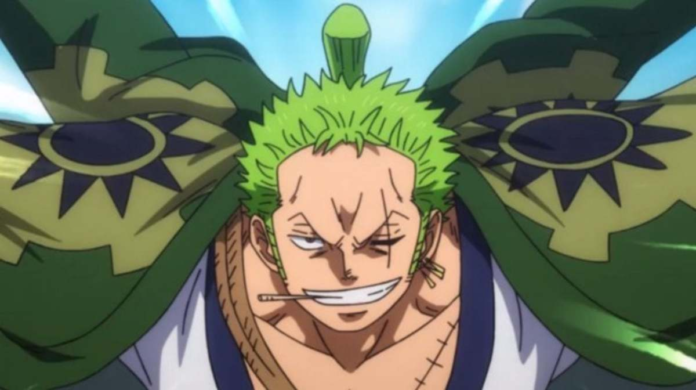 Recently, the green-haired pirate Zoro became famous for his new identity, Racist Zoro, also known as “Minority Hunter Zoro”. This originated from a One Piece fandom meme that depicts the long-running character Roronoa Zoro as a racist who enjoys fighting and slaughtering dark-skinned or black-coded characters. Let’s get into the details about how, and why, the question of “is Zoro a racist?” came to life, and is he really one?

The Origin of the topic

This is due to Zoro’s primary opponents being nearly solely dark-skinned throughout the series, like Mr 5, and Mrs. Monday. Some other things about Zoro himself also added fuel to the fire. For example, the fact that his dream career in the real world is being a police officer, and his favorite and least favorite foods are white rice and chocolate respectively.

One of the first examples of Zoro being racist may be seen on 4chan’s Anime & Manga board /a/, when an anonymous user shared a manga panel in which Zoro called Arlong the Fishman “darn, dirty half-fish”. The manga panel is the one attached below.

After this, many people started noticing how his opponents are always people of color. At first, it was serious, but it quickly became a meme to be added to the One Piece catalog.

Now that we know how it originated, let’s get on to the question and see if he’s really racist or not. If you look at the show, the information which started it all isn’t entirely true. Zoro’s opponents vary, and the anonymous user just took all the major ones and put them together to question Zoro’s racist behavior.

If you’ve seen the whole of One piece and know all the stuff, you’ll understand that the case is not what the above user said it is. The claims are absolutely baseless and don’t make any sense. Liking white rice and hating chocolate? Well, a lot of Asians love white rice and there may be some who hate them but that doesn’t make them racist.

Also, being a police officer doesn’t make you automatically racist as the concept of police being racist is not universal. Give the police a break and stop associating occupations with a type. If you do, you are just stereotyping the cops.

Once something becomes a meme, we all know how it goes. Here are some memes for you to enjoy if you want to make fun of the absurd question and jump on the meme train.

Hopefully, this article was able to clear it to you that Zoro being a racist is just meme material and nothing else. People just like to pick up stuff that isn’t even in the writer’s mind and make a fuss about it.

If you like One Piece and like to read more stuff about it, check other One Piece articles and enjoy your time.