Way of the Hunter Weapons Guide 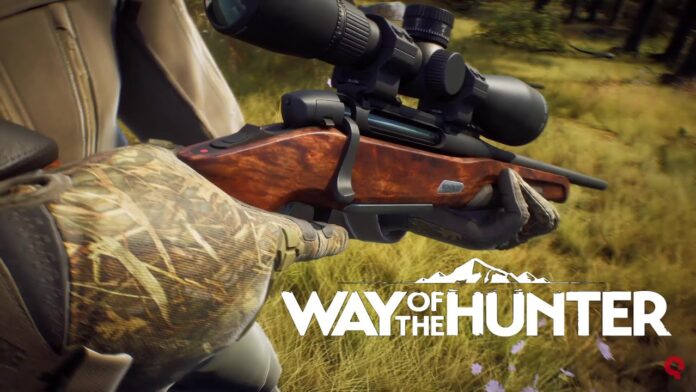 Way of the Hunter is a realistic depiction of how hunting goes and how multiple factors go into haunting an animal. It has come out with multiple types of weapons that you can choose to play with. Here is a complete Way of the Hunter Weapons Guide on all the rifles and shotguns present in the game with their specialties, magazine capacity, and caliber.

For beginners, The Remington 783 is a good rifle. It is explained as a civilian, bolt-action hunting rifle. It is chambered in .243 Win and has a magazine capacity of four bullets. This weapon is ideal for hunting deer at distances of up to 250 meters.

The latest rifle addition from the manufacturer, Steyr Arms, is famous for its precision and longevity. The barrel of Steyr Pro Hunter II is a cold hammer-forged one, threaded at 1-2×28 and featuring an ultra black Mannox finish. The Pro Hunter II can hold four bullets in its magazine and is chambered in 7mm-08 Remington. The perks of precision and longevity of this weapon make it ideal for long-range hunting.

Steyr Pro Hunter is famous for its durability and accuracy, as are others manufactured by the Steyrs. This rifle also comes with a cold hammer-forged barrel but it combined with ultra-rigid cylindrical action. The Pro Hunter is a bolt-action hunting rifle that can hold four bullets in its magazine and is chambered in. 243 Win.

The most versatile rifle of all is Steyr scout. It has multiple features which make this enough for many targets and best for different uses. The magazine capacity is 5 bullets and it is chambered in .223 Win. With a short overall length of 39.4″, a light weight of 6.6 lbs, a fold-away integrated bipod, an integrated spare magazine, and other unique features, the Scout is an ideal tool for hunting in almost any environment or target practice at the range.

An all-steel weapon inspired by the military’s standards and ruggedness, Steyr Monobloc is as aesthetically accurate and useful as needed. It is a bolt-action hunting rifle that can hold four bullets in its magazine and is chambered in.308 Win. This weapon has good accuracy and a superior ergonomic stock with several creative customization possibilities.

In addition to durability, accuracy, and functionality, this addition of Steyr 5M12 rifle has easy hand cocking system operation and a comfortable cheek piece. This also is a bolt-action hunting rifle that can hold three bullets in its magazine and is chambered in .300 Win Mag.

Steyr Zepher II was the first rifle that was announced to be part of the game in 2018 and was also given the title of the best rifle of the year 2019. It is a bolt-action hunting rifle that can hold 5 bullets in its magazine and is chambered in. 22 LR.

For people who like light hunting, or hunting just for fun as practice, Stringer 22 is a good shot. It is beginner friendly with low recoil, making it easy to control and use. The Stinger 22 is a semi-automatic hunting rifle that can hold 10 bullets in its magazine and is chambered in.22 LR.

The OG type of rifle we see in movies and games with wooden skin and a clean hunting rifle look is here in Way of the Hunter game. This rifle is called Grandpa’s Old Rifle, quite fitting actually. It is a lever-action hunting rifle that can hold 6 bullets in its magazine and is chambered in 30-30 Win. It is quite strong and can be used when necessary due to its strong and reliable range and accuracy.

The most standard and beginner-friendly Shotgun is Bonser and Klien Standard shotgun. It is a break-action shotgun that can hold two bullets in its magazine and is chambered in 16 Ga. This weapon works well at close ranges or for hunting ducks in your local marsh.

A shotgun that is popular for its beautiful design and lightweight is Hol-Den the Jack 1502. It is described as a break-action shotgun with a magazine capacity of two bullets and a 12 Ga. chambering.

The Morning Silence is a semi-automatic shotgun chambered in 20 Ga. with a magazine capacity of four bullets. This weapon is most effective while hunting birds, rabbits, and other small animals. With its semi-automatic feature, it is also beginner-friendly.

There is multiple ammo present in the catalog which can be used for various rifles and shotguns present in the game. You can see their range and projectile in the graph given for each one.

There are rumors about Crossbows being added to this already wide range of weapons but it’s neither confirmed by the direct company nor the game. Apart from that, this is the end of the Way of the Hunter Weapons Guide.

About weapons, you’ll need to call out animals before shooting them down so do check out Way of the Hunter Callers Guide. We’ll update you on more guides so keep in touch and check out Guides for updates.

All Transylvania Photo Location in Way of the Hunter

All Echo Locations in Way of the Hunter

Way of The Hunter Crashing and Black Screen Issue

Way of the Hunter Save File Location

Way of the Hunter Callers Guide