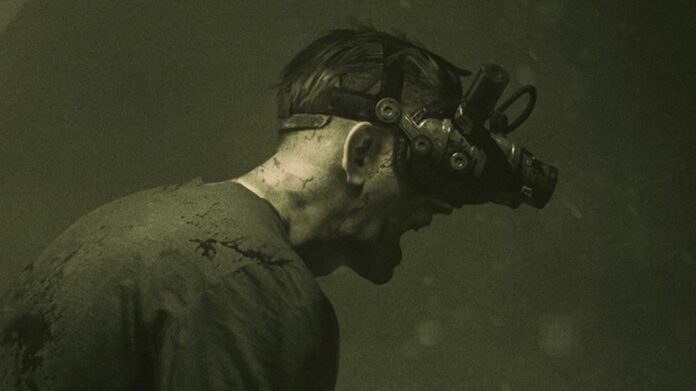 There has been no shortage of horror games during the last decade, especially in 2022 we have had more horror game releases than ever before. It’s a little crowded, but we’re here to pick the ones that are worth discussing. We’ve seen a lot of great games come out in the previous few years, and there are still more on the way.

If you need more information, you’re welcome to see our Gaming Guides and Best-ofs. Now, let’s dive right into the best upcoming games in April 2022. Let’s take a look at the best upcoming horror games coming out between now and the end of 2022.

The Outlast Trials is the third installment in Red Barrels’ Outlast series, following two very popular releases. You can opt to survive alone or with up to three other players in a squad of four, bringing a multiplayer feature to the genre for the first time.

With this latest installment, they don’t appear to have toned down any of the horrors, which makes us even more thrilled for its debut. We all know that horror games in 2022 are more enjoyable with friends while being just as frightening.

The Outlast Trials has yet to be given a release date, though Red Barrels has confirmed that it will be released in 2022.

Level Zero looks to be bringing a faster-paced and multiplayer aspect to the space station horror vibe, similar to Alien: Isolation.

This is a tactical online first-person horror game in which survivors must defend themselves and each other while attempting to rebuild the space station on which they are currently stationed. On the other hand, there is a team of player-controlled monsters that must use their telepathic abilities to neutralize survivors and prevent the station from being repaired at all costs.

It appears to be an elevated, fast-paced horror film. This is a fun game to play with your friends or solo.

Once Upon A Time In Roswell, or The Peterson Case as it’s now known, is a first-person psychological horror film. The most popular and easily the scariest form of horror game. This game resembles a lot of the Silent Hill P.T demo. This title appears to be quite scary.

You play a detective seeking to uncover the mystery of Peterson’s family’s disappearance as you follow the story of their abduction. As you begin your search for them, you’ll come across a number of strange encounters and supernatural beings.

This game was announced at PAX West in 2019 and isn’t too far away. Let’s hope it doesn’t get caught up in the season’s delays and gets out sooner rather than later.

This entertaining, free-to-play multiplayer game will be available soon. More information on VHS can be found here. This appears to be an auspicious method to spend time with your friends, giving off vibes similar to Dead Realm and Dead by Daylight.

In a world where monsters emerge from video shop recordings, you, the survivor, must combat these monsters to stay alive. Any horror game enthusiast who appreciates a touch of multiplayer will enjoy this potential gem, which has huge 80s blockbuster shop themes.

Anyone who has braved enough to play a lot of horror games has heard of the S.C.P games. This game was Kickstarted earlier this year and will be released in early access soon.

Despite not yet receiving a full release, the gameplay of this tough cooperative first-person tactical shooter looks quite intriguing. When it launches in early access in December, we’ll see how this one turns out.

Sons of the Forest

The highly anticipated follow-up to the critically acclaimed survival horror game ‘The Forest.’ Despite little to no information other than a couple of trailers, Sons of the Forest is expected to continue the tale from the first game.

There was plenty of room for speculation about a sequel at the end of the original game, so it’s only logical to believe we’ll pick up where we left off.

This is a one-of-a-kind horror title. Choo Choo Charles had you riding around in a train, upgrading parts, and accomplishing missions in order to avoid, hide from, and eventually kill Choo Choo Charles.

Charles is a creature who takes on the appearance of a Spider/Train crossbreed. It’s like something out of a nightmare. This one has a 2022 release date, but we’re hoping it gets out sooner because it looks like a nice way to spend some time.

Scorn is a game that gamers have been anticipating for a long time. Horror fans were ecstatic when it was announced at an Xbox Series X games event in May 2020, with a playable reveal coming later that year in October 2020.

Because the game will be exclusive to Xbox Series X and PC, Playstation owners will be unable to participate in this fantastic-looking title. Of course, this isn’t the worst news. You should be able to play this title on the cloud if you have a game pass ultimate subscription when it comes out later in 2022.

The only trailer for the game that has been released thus far is a cinematic trailer that appears to have succeeded in raising anticipation among the game’s already enormous fans. This game is one of the most eagerly anticipated entries in the horror genre this year. Especially now that Dead Space has been pushed out until early 2023.

Despite a lack of game releases in recent years, let’s hope that these horror games may at least reintroduce some enthusiasm to the gaming scene for those daring enough to play them in 2022. We’re very enthusiastic about some of these games, despite our fear of playing them alone. Maintain your brave demeanor.

The Outlast Trials Beta: Information, Release and Sign up!