Trigun is getting a new anime adaptation after 25 years 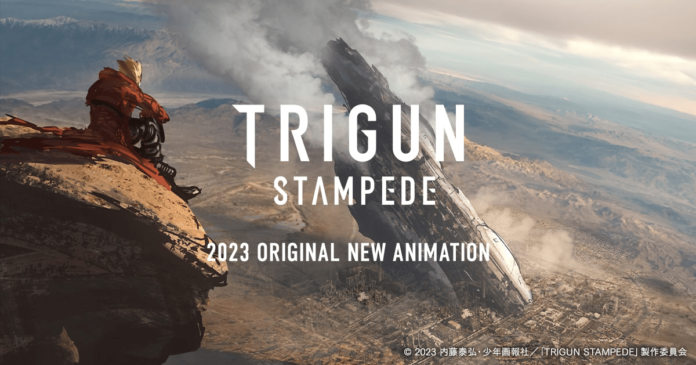 Trigun is a Shounen Comedy Anime by Studio Madhouse, based on the manga by Yasuhiro Nightow. The Sci-Fi anime aired from April 1st, 1998 to September 30th, 1998. After almost 25 years, the anime is getting another adaption called Trigun Stampede.

The story follows Vash the Stampede, a man known to unintentionally bring catastrophe wherever he goes. With a bounty of $60 billion on his head and a notorious title, “the Humanoid Typhoon,” given to him, Vash is a doughnut-obsessed soft-hearted man.

Even though he has been blamed for causing so many disasters, he claims to never dare to take a life or hurt anyone. Now, Vash goes around the world with Meryl Stryfe and Milly Thompson who try to make sure he doesn’t cause too much damage wherever he goes. As assassins and people after the bounty come up to put an end to them, his journey keeps getting more and more dangerous.

The original anime had 26 episodes and got a side story but no sequels. The manga itself had got discontinued before the anime adaption was made in 1995. The remainder of the story was released in three volumes in 2007 after which it ended.

Today, in a post, TOHO Animation’s official Twitter account disclosed that another adaption of Trigun, by the title “Trigun Stampede”. Additionally, the anime will be animated by the studio Orange. Orange is best known for its work in the anime Beastars, Houseki no Kuni, and Black Bullet.

The post stated that this adaption will have a new and different cast and staff. It can be expected that a lot of the fans of the first Trigun adaption may not be satisfied with this as the first adaption never got a continuation. Instead, there’s a brand new adaption for the show.

A lot of other fans are concerned about the use of CGI in an anime like Trigun too. They believe that it’ll take away what made the first anime enjoyable. However, we believe it’s far too soon to say anything yet, the anime adaption may very well exceed all our expectations.

Unfortunately, as excited as we are about the show, there is not much more information known. We’ll be posting more about it once more news regarding Trigun Stampede has been revealed. Moreover, you can also check out this One Piece Film Red analysis. For more anime updates, stay tuned to Retrology.