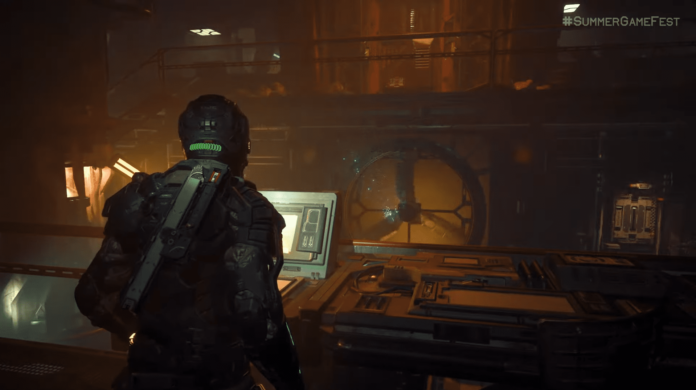 The Callisto Protocol was first shown at The Game Awards in 2020, and it is set to be released this year, 2022. The game takes place in 2320 in Black Iron. This is a penal colony run by the United Jupiter Company on Jupiter’s moon Callisto.

The player plays the position of Jacob Lee, an inmate of the Black Iron jail. He must battle for his life while a mystery epidemic cracks chaos on the moon. Prison guards and convicts are subsequently transformed into frightening monsters known as Biophages in English. It will subsequently be essential to combat them in order to learn the truth while also avoiding death. Everything will be accessible in the third person.

The Callisto Protocol began in June 2019 with the founding of Striking Distance as a studio under PUBG Studios, led by Glen Schofield. The studio was established in order to enhance the PUBG: Battlegrounds universe by developing a narrative-driven game.

However, by May 2022, Schofield indicated that the game has evolved into its own plot and is no longer linked to PUBG, despite tiny allusions to the latter.

A True Showcase of Horror Story

Fans can see that the basis of Dead Space is somewhat utilized in the Callisto Protocol. This can be seen with the new gameplay showcasing similar gore and horror setting. Within the trailer for The Callisto Protocol, you can see how much elevated but visually harsh experience this is.

The Callisto Protocol appears to be heavy on third-person action, including melee and gun options. Hacking off limbs, and getting away with minute attacks to buy time is a good way to move around here. Otherwise, it’s unclear what kinds of physics accompany all that splattering. If the apparent Dead Space comparisons are correct, it will be a survival horror game.

The presence of creatures with the amount of body disfiguration is similar to Dead Space creatures. With a considerably higher level of realism, bone, muscular tendons, and other structures can be seen popping out of the roaming creatures. These creatures do have similarities but it’s safe to say that Callisto Protocol gameplay has taken it all up a notch.

Here is the new trailer of Callisto Protocol discussing the origin of the upcoming space-horror game.

From December 2, 2022, the Callisto Protocol gameplay will be available in several editions. These would be for PC, PS4, PS5, Xbox One, and Xbox Series X|S.

Once it’s released, we would be able to access it much better with the good and bad. The gameplay would assist us in observing whether this game does deserve a spot on the top.

If you like more in-depth reviews of games, this Mothmen 1966 Review – A nostalgic trip with choices will surely be up your alley.

Upcoming Horror Games in 2022 that you should be looking forward...