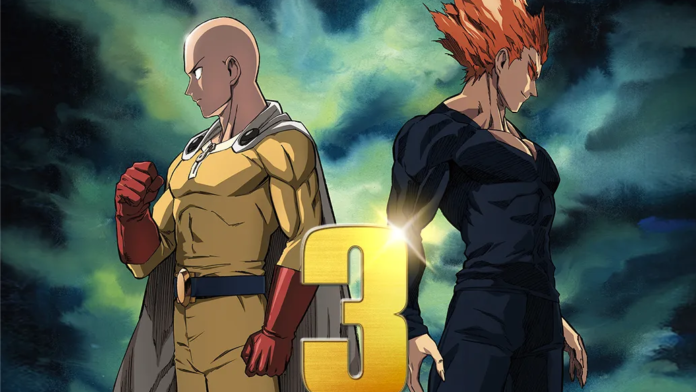 One Punch Man is a webcomic by ONE, adapted into a manga by ONE and Yusuke Murata. The manga was adapted into an anime by Madhouse in 2015 and the second season by J.C. Staff. Here we will discuss what we know about One Punch Man Season 3 Release Date, cast, and plot.

The story of One Punch Man follows Saitama, a C-rank hero who has the ability to defeat any foe with a single punch. After training for years, so much so that he lost his hair, Saitama meets Genos. Genos is blown away by his strength and wishes to be his pupil and they both join the Hero’s Association.

However, as Saitama takes on enemies to protect humanity, he realizes that there is still one problem he faces. He isn’t ever able to enjoy the thrill of a battle because he always ends the fight with one punch.

This Action-Comedy anime was well-received and quickly became loved. Now, after a long wait, a third season is announced to be coming soon. The official One Punch Man website has been updated and their Twitter account has also posted an all-new visual.

Now, this visual shows Saitama and Garou standing back to back. The large three can only mean the anime adaption is getting its third season.

The release date for One Punch Man Season 3 has now been announced yet. However, we can expect it to come anytime in 2023 or 2024.

It’s not yet known how many arcs from the manga this season will cover.

The known cast members for now are:

That’s all we know about One Punch Man Season 3 Release Date. Moreover, you can also check out this Fubuki fanart collection if you’re a One Punch Man fan. For more anime news, stay tuned to Retrology.