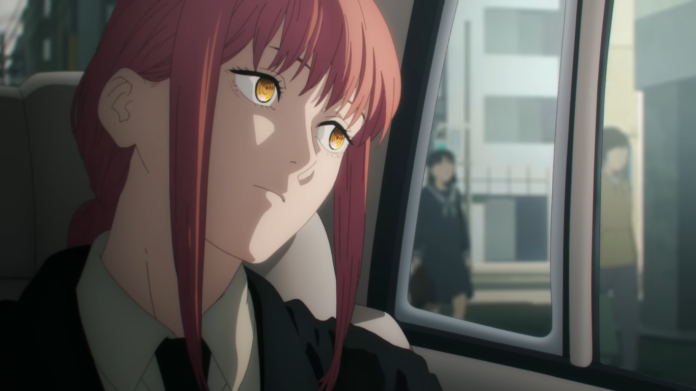 Chainsaw man is a Shounen manga written and illustrated by Tatsuki Fujimoto. It was serialized in Weekly Shounen Jump from 2018 to 2020. In December 2020, it was announced that the manga will receive an anime adaption produced by MAPPA. Now, MAPPA has released a new Chainsaw Man trailer which has provided us with more details than any other trailer previously released.

This is the third trailer and it has hyped up the entire fandom, making it easily the most anticipated anime now. It showed characters like Makima, Power, Aki, and Denji who are all adored by the manga fans. Moreover, the soundtrack and animation all seem dark and portray the theme of the manga really well.

The trailer starts with Makima who recounts how Devils entered this world. It also highlights Denji’s desire to pursue a normal life and his abilities. And furthermore, we see a peak into the lives of Aki and Power, both very important characters in the anime.

The anime will be directed by Nakayama Ryuu (One Punch Man) and Tatsuya Yoshihara (Jujutsu Kaisen, One Punch Man, Black Clover) and produced by Seshita Keisuke (Jujutsu Kaisen). Moreover, Kensuke Oshio (Boogiepop wa Warawanai, A Silent Voice) will compose the soundtrack. Besides that, our main cast has also been finally revealed.

As you may have noticed, Denji’s voice actor is new in this field and this seems to be his debuting role. Seeing how he could get such a major role as a first, this talented actor’s career will surely be bright.

Lastly, you can check out the all new trailer for yourself here.

That’s all for this new Chainsaw Man trailer. Additionally, you can also check out this list of the best anime characters who wield the scythe. For more anime news, stay tuned to Retrology.

The Horrifying Chainsaw Man Fanart will be your new favorites