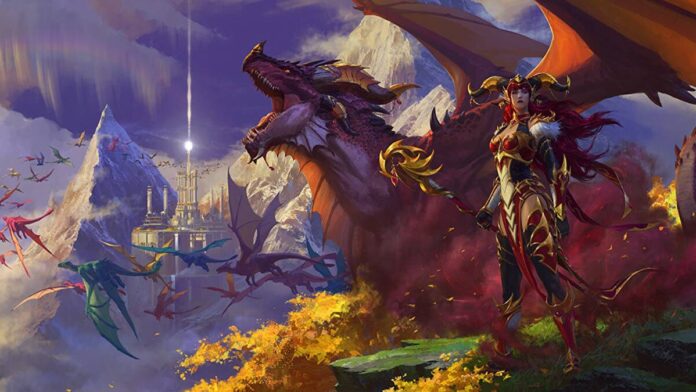 No matter which era of games you belong to, MMO games never go out of fashion. Every gamer knows about, at least, one or two games belonging to this genre whether it’s a part from Call of Duty or Genshin Impact. To understand it better, let’s see the exact MMO meaning as a definition from Wikipedia.

“A massively multiplayer online game (MMOG or more commonly MMO) is an online video game with a large number of players, often hundreds or thousands, on the same server. These games can be found for most network-capable platforms, including the personal computer, video game console, or smartphones and other mobile devices.”

It is any game that allows many people to connect through the internet, not to fight one another but to play together on one platform. This is a quite rough explanation and here is how to understand why and how this MMO meaning relates to its games.

MMO as a Genre

No game is solely an MMO. It’s comparable to calling a game “multiplayer game.” That’s all well and good, but aside from the fact that you can play the game with (or against) other players, it doesn’t tell you anything about the game itself. The game must fit into a particular genre.

According to the MMO meaning, games from this genre can be anything from a real-time strategy game to a Battle Royale action game to a brand-new kind of interactive experience that transcends genres. This makes it more difficult to distinguish between various MMO game genres.

For example, a shooting game like Apex Legends or Valorant is as much MMO as Lost Ark and Dungeons and Dragons are. See the difference? Both are MMO but belong to a completely different sub-genre making them unlike one another. This is why it is important to consider that MMO have numerous genres to distinguish between the vast range of game that come under it.

The multiplayer flight combat simulation game Air Warrior by Kesmai on the GEnie online service, which first debuted in 1986, was the first graphical MMOG and a significant turning point in the development of the genre.

In the late 1980s and early 1990s, commercial MMORPGs became more popular. New acronyms began to emerge as video game developers adapted MMOG concepts to various computer and video game genres. To describe this expanding category of games, the name “MMOG” was created. This was the start of the MMOG or MMO genre.

Up until the release of Phantasy Star Online on the Dreamcast and the debut and expansion of the online service Xbox Live, MMOGs were primarily limited to the computer game market. Only recently have MMOGs started to gain traction in the mobile phone industry.

A dominant MMOG with 8–9 million monthly customers worldwide is World of Warcraft. World of Warcraft spending by Western consumers in 2008 accounted for 58% of the market for subscription MMOGs in 2009. From 2005 through 2009, the game produced approximately $2.2 billion in total subscription revenue from customers. This makes it one of the best and most famous MMO games which can be solely credited for making this genre famous worldwide.

The most common and widely played type of MMOs is MMORPGs. MMORPGs are massively multiplayer online role-playing games that have many players and are always online. In the majority of MMORPGs, each player controls an avatar that engages in social interaction, completes quests to level up, and gathers things.

A persistent universe and real-time strategy (RTS) are combined in “MMORTS,” or massively multiplayer online real-time strategy games. In many role-playing games, players play the role of a general, monarch, or other figurehead commanding an army into combat while keeping the necessary supplies for such conflict. The titles frequently take place in a science fiction or fantasy setting. For example, Age of Empires.

A turn-based strategy (TBS) game is a type of strategy game where players take turns and must make advance plans. As opposed to real-time strategy (RTS), which allows for simultaneous play by all players. For Example, Civilization.

MMOFPS is a type of online gaming where many players can participate at once and engage in a first-person shooting. These games add components often found in RPGs, such as experience points with a team to play for. MMOFPS games, however, place a greater emphasis on player skill than player statistics.

The Sims is the prime example of what will make you understand what MMO means in relation to Simulation. The freedom of control of a character is customized to the max.

A game that allows users to compete in some of the more conventional major league sports is referred to as a massively multiplayer online sports game. This allows you to participate in the sport without leaving the house.

Because they are made to appeal to all computer users (as opposed to a select group of frequent game buyers) or fans of different game genres, many types of MMO games might be categorized as casual (such as collectible card games). Compared to other game genres, these games are simple to pick up and take up less time.

Many puzzle components are often used in massively multiplayer online role-playing games, or MMORPGs. The majority of them take place in a universe where players can access puzzles all over the place and go through the game solving them

In contrast to games with objective-based gameplay, massively multiplayer online social games (MMOSGs) emphasize social interaction. Linden Lab’s Second Life, which emphasizes networking, worldbuilding, and an in-world virtual economy that focuses on the sale and purchase of user-generated content, is one example that has attracted considerable media attention.

The characteristics possessed by MMO games are

Research has started to look into the socio-informatic bind MMOs place their players in as the sphere of the games expands every year. Constance A. Steinkuehler and Dmitri Williams, scholars, began studying these subjects in 2006. The two found it most fascinating to learn more about the popular MMOs’ gameplay and how the virtual world functions as a hub for social interaction.

MMOs can also progress from the bonding stage to the binding stage, a more committed relationship marked by tighter ties and emotional support. The study concludes that MMOs work better as a bridge mechanism than a bonding one. MMOs are therefore capable of acting as a community that successfully socializes players with the only difference of the activity being performed in the comfort of their home.

I hope this explanation of different aspects has been easier to understand MMO meaning. Recently the topic of Roguelike and Roguelite games was also covered so do check it out too.