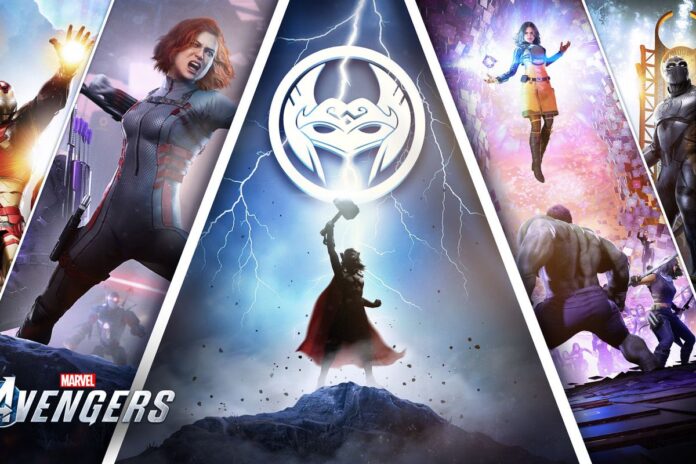 Jane Foster is the next superhero who wields Thor’s powers in the new Thor: Love and Thunder teaser. The Mighty Thor will be the next playable hero to join the roster in Marvel’s Avengers, the action RPG from Crystal Dynamics, in what is undoubtedly part of a big promotional campaign.

Natalie Portman as Jane Foster as Thor appears in yesterday’s major teaser for the upcoming Thor: Love and Thunder, complete with what seems to be a shoddily reforged Mjolnir. On the other hand, Foster isn’t only appearing in the next major Marvel film; she’ll also be appearing in Marvel’s Avengers.

The information can be found in the most recent Marvel’s Avengers development update, which outlines Crystal Dynamics’ plans for version 2.4, which is due out in May. The previously released Cosmic Threat, Tachyon Anomaly, and Corrupted Vibranium events will be reworked in this update to make them “more rewarding.” Changes include a more diverse range of rewards across events, bringing Unit rewards to a broader range of missions, making higher-power rewards more accessible “to create another path to gear-up beyond the soft-cap on drops for non-Raid/Omega-Level Threat content,” and granting meta-objective rewards to entire rosters rather than a single hero, allowing players to equip their entire squad more quickly.

“We think these new rewards will create a substantial change of pace for veteran players, and a wonderful way to gear up for newer players, when combined with the revamped game loop introduced in 2.3,” Crystal Dynamics said.

The Mighty Thor, Jane Foster, is a little further down the road. Foster, who first appeared in the Thor comics in the early 1960s and in the Marvel Cinematic Universe in the first Thor film, will be a playable character in the 2.5 update on all platforms. The timing of the announcement is almost probably not coincidental. However, Crystal Dynamics made no mention of the film, instead emphasizing that it is a game based on books in a gentle but unmistakable manner.

Unfortunately for that future, Marvel’s Avengers has been unable to revive its dwindling player base even with the Mighty Thor on their side. The average concurrent player count for the game in September 2021, when we said it needed to be put out of its misery, was 862, which was disastrously low for a big-budget licensed videogame; over the past 30 days, and despite now being on Game Pass, the concurrent player count has sunk to less than half that amount. Only 307 individuals are currently playing as of this writing.

While we’ll have more details on the release date later, we can tell you that it will feature a new playable Hero across all platforms: Jane Foster: The Mighty Thor! As a fellow user of Mjolnir, her arsenal of skills will be similar to the Odinsons’, but she will also have elements that are uniquely Jane. More information about how Jane will appear in our game will be released in the future.

Jane Foster fan art that is more than just amazing