Lollipop Chainsaw’s new game is reportedly in the works 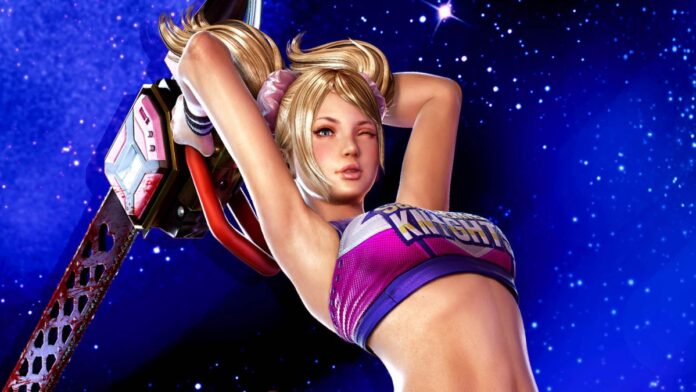 Lollipop Chainsaw is a hack and slash video game developed by Grasshopper Manufacture. The game was published by KADOKAWA Games in Japan and Warner Bros. Interactive Entertainment in other countries. The game was released on June 12th, 2012 on PlayStation 3 and Xbox 360. Recently, in a tweet, it was announced that Lollipop Chainsaw will be making a return.

In Lollipop Chainsaw, players go around a high school and a few other imaginary locations in California to kill zombies. They play as Juliet Starling, a cheerleader and Zombie Hunter. Following a Zombie Apocalypse on her birthday, Juliet, with her boyfriend’s decapitated head tied to her belt, must go around and protect her classmates from Zombies.

Juliet is a melee attacker, using her chainsaw to get rid of the enemies in front of her. The game has many different mechanics and ends when all her classmates are rescued and Juliet’s birthday is finally celebrated.

In a tweet, Yoshimi Yasuda, CEO of Dragami Games who recently retired from KADOKAWA Games, announced that Lollipop Chainsaw would be coming back sometime soon. This tweet was done to commemorate the 10th anniversary of the game in Japan.

It may be concluded from this that the rights of Lollipop Chainsaw are now in the hands of Dragami Games and not KADOKAWA Games. However, it is still unknown whether the comeback will be in the form of a sequel, remake, or something entirely different.

Unfortunately, the game cannot be found anymore. The only way you can play it is if you have already owned the Lollipop Chainsaw game and those consoles. Additionally, as it doesn’t work on any other platform besides those, people hope they’ll remaster the game for PC and other platforms.

That is all we know about the Lollipop Chainsaw comeback. We’ll be posting more about it once more information has been revealed. Furthermore, you can check out this announcement made by Ubisoft about Assassin’s Creed’s future on its 15th anniversary. For more gaming news, stay tuned to Retrology.