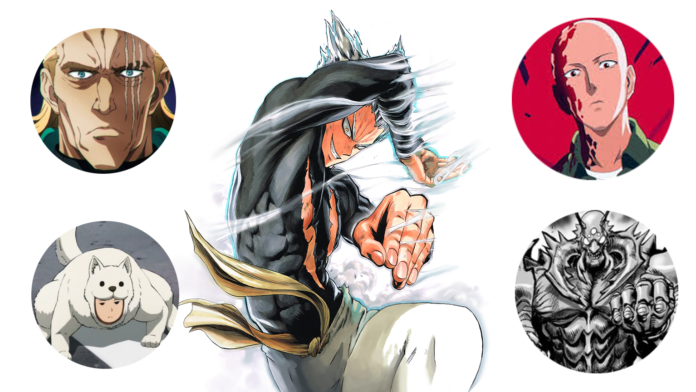 Garou in One-Punch Man is one hell of a character as he alone has battled almost 26 times in the anime and manga. We have seen in the last season of One Punch-Man how competent is Hero Hunter in evolving his combat style and reading his opponent’s moves. In a single arc, Garou has become so strong that if the characters that he has faced at the start of the Monster Association Arc are to fight with him at the end of the arc, it would be a completely different battle and odds would be highly in Garou’s favor – unless, of course, Saitama is the opponent. In this article, we have made a list of all those characters that have defeated Garou so far in the story.

Despite being one of the most dangerous and strongest characters in the series, Garous has faced defeat multiple times. Following are the characters that have overcome the Hero Hunter. However, it should be noted that we didn’t include those characters whose fights with Garou were interrupted such as Genos, Bang, and more.

Well, needless to say, nobody in the series has a chance against the One Punch-Man himself. We have yet to see a character that is actually a threat to Saitama (if there is actually one). Garou vs. Saitama wasn’t a serious battle if even it were, the results wouldn’t have been different. the protagonist just strikes his hand on Garou’s shoulder with no apparent seriousness and it totally knocked him out. However, we have yet to see how will the fight will go between Awakened Garou and Saitama. We know Saitama is going to conquer eventually but let’s see how much resistance Garou will be able to put up.

Garou vs. Watchdog Man fight turned out to be very unexpected. Appearance-wise, Watchdog Man is a weird and funny-looking character, so we thought he wouldn’t be a trouble to Garou but we were gravely wrong as the guy in the dog costume totally wrecked the Hero Hunter. Turned out that Watchdog Man was quite strong and his animal-like moves were unpredictable for Garou.

King? Let us explain! We know that King might be the weakest character but there is something to do with his luck. So far, despite being unlucky in many situations, he has come out with a very good outcome and his reputation intact. There aren’t any official remarks on King’s supernatural luck but based on his story progression, we have clearly seen that his luck, intimidation, fake reputation, and bluffs are the factors that have made him victorious one way or another. So, when Garou decided to clash with King and while doing so, got knocked out by Saitama again, we give credit to King due to his repetitive insane luck. Therefore, adding him to the list of characters that have defeated Garou.

In the manga, Garou battles with two Demon-level monsters together, Royal Ripper and Bug God. While the first one had amazing speed and slashing attacks, the latter had incredible endurance as Garou couldn’t do any damage to him with his attacks. The fight was going good and despite being outnumbered, Garou was getting confident that he could win the fight but unfortunately, he gets distracted by another monster who captures the kid Garou is trying to protect, and both his opponents then get him off-guard and leaves him bleeding on the ground, defeating him. This was sort of cheating but it is what is it is.

Though this battle was not completely over, but based on how it was going and was ended, we can say Overgrown Rover defeated Garou. Garou’s attacks were useless against the Dragon-level monster and furthermore, Rover’s attacks were quite dangerous for Garou. In the end, Garou was crashed to many floors down the ground and was left immobile.

Garou faces the Monster King, Orochi himself. Orochi is said to be the most powerful villain of the whole Monster association arc so when Garou tried to battle with him, he was eventually overwhelmed. Though, Garou did a good job defending himself from Orochi’s attacks his overall strength and techniques weren’t enough to take down the Monster King. Even Garou got shocked when Orochi started imitating his fight style and in fact, defeated him with that.

That was regarding the characters that have defeated Garou. For more content on One-Punch Man and other shows, don’t forget to check out our animation and manga sections. We cover reviews, news, and a lot of other stuff so, keep following Retrology.

One Punch Man Chapter 165 Discussion: Saitama got punched by Cosmic...