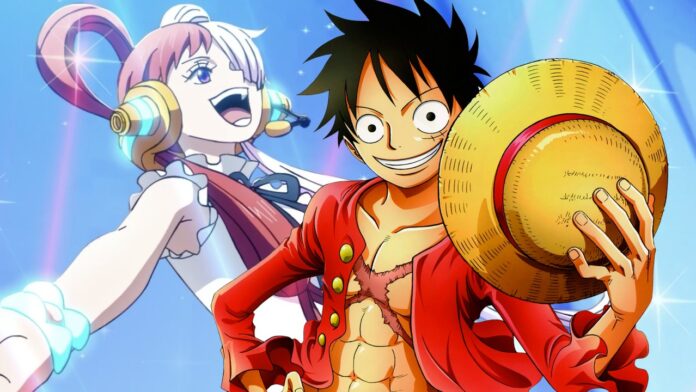 One Piece Film: Red is probably one of the most awaited anime films, having fans eagerly awaiting its release. Having said that, everyone’s biggest concern Is to see if One Piece Film Red is Canon. Many One Piece fans have this question since many anime make movies a part of the continuing saga, while the rest of them make it as a spinoff or to explore an existing character’s past.

A silhouette of a character like Uta emerges in one of Shanks’ recollections in chapter 1055 of the manga, confirming that Uta is not canon to One Piece. Based on the trailers for Red, many parts just would not mesh with what is currently happening in the manga, therefore, for the time being, the simplest conclusion is that One Piece Film: Red will not be canon. The conversation still remains if the character of Uta but we cannot say it’s canon for sure. Shimizu, the producer of the Red movie, believes that Eiichiro Oda’s films are as significant as the manga itself. This points to the fact that Uta may not be canon and will serve some role later on.

Shimizu, also claimed that One Piece Film: Red is a separate plot even before the film was released. The film differs from others in that it will provide information about Shanks through Uta, which will help the plot proceed. She is not part of the Wano arc but that doesn’t mean she wasn’t intended to be part of the series.

Since this is the case, One Piece Film: Red may feature material that does not necessarily follow the ongoing plot of the Wano Arc but may serve as a linking point to some of the numerous mysteries. Shanks is a pivotal character in the plot, hence it is essential to see the film. This implies that the film will not be canon to the manga’s present timeline. It will, however, delve into Shank’s secrets.

Speaking of Oda’s films, yes he had some parts in his movies that were slightly canon. But they are not completely off the topic making them partially canon. This could also be the case with Red. It can be stated that some parts make sense to be canon but it’s not completely canon for sure.

For the character, the appearance of Uta in the manga is questionable. We see a silhouette in the mange but the name or appearance was never revealed. In chapter 1055, we see her with Luffy as a child playing and even there she is not clearly shown. It’s expected that Uta will become official and this conversation about the movie being canon will die down.

For a more in-depth and clear conversation, we’ll have to wait for the movie to be released and then see for ourselves if the claims turn out to be true. Until then, check out the details about the One Piece movie Red in these articles:

So hyped for One Piece Film Red after watching Trailer 2