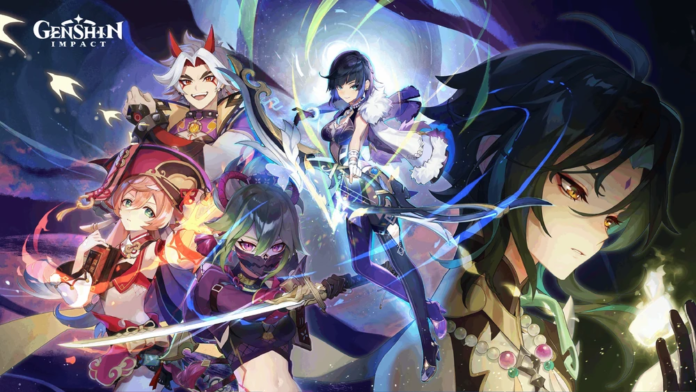 Genshin Impact is an open-world action and adventure RPG developed by Mihoyo. After an exceptionally long wait, the new patch, 2.7, dropped on the 31st of May, 2022. Here we will guide you in solving the Perilous Trail: End of the Line Domain.

After entering the domain with Yanfei, players will encounter some treasure hoarders. Moreover, players can only use the trial Yanfei to defeat them. The trial Yanfei doesn’t hold the best build and it may take a while to finish defeating the enemies.

After that, go towards the smaller version of the Fantastic Compass and destroy the small tree sprout next to it. This is really important as in the second part, the tree will have grown otherwise and won’t allow the needle to move. In the first part, players can only move the needle forward.

Additionally, they must interact with the lever of the cage as in the next part the Fantastic Compass will be found inside. Moreover, players can go to the back of this domain and find a chest behind some breakable rocks.

In the third domain, players will encounter Xiao who would be talking to an illusion of Bosacious, the Electro Yaksha. Players will be given a trial Xiao to fight Bosacious’ illusion. However, the fight won’t be particularly difficult and would end shortly after the dialogue ends. Players will have to attack the purple mist with eyes, but it is unknown how much hp he has.

Once the fight is complete, players can kill the spider on their right to access the Fantastic Compass. Here they must turn the compass backward twice and then enter the next part of the domain.

There won’t be much fighting in this part of the domain and players can enter the last stage by moving the needle backward.

The last part of the domain will show an illusion of Lumine/Aether (depends on who you chose) which we’ll follow. They would lead us to a smaller Fantastic Compass which Yelan recalls is familiar with the catalysts used in her family.

Shortly after, we’ll get redirected to our starting point and will be able to leave the domain with a precious chest.

That is all for the Perilous Trail: End of the Line Domain. You can also check out this guide to all the Radiant Spincrystals in Inazuma. For more guides, stay tuned to Retrology.