How to beat Brother Denis in Tails of Iron 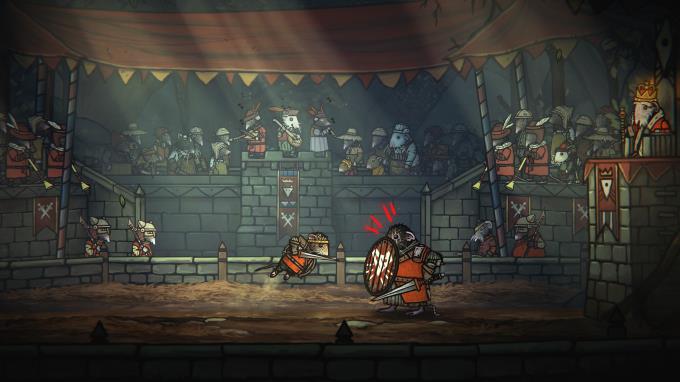 Brother Denis is the earliest boss-fight in the new side-scrolling RPG, Tails of Iron. While this hand-drawn game offers brutal fighting, beating Brother Denis doesn’t take a lot of effort. Like all bosses in the game, you have to learn the patterns, guess the enemy attacks and respond with the appropriate action.

In this guide, we will give you tips in order to beat Brother Denis in Tails of Iron. Following are the attack moves that the enemy performs with the tip that how you can react.

The captain of the Royal Guard charges at you with his sword. This attack is warned with a red sign so it can only be blocked or dodged. Once Denis moves towards you, dodge by rolling over forward. This will get you behind him. After the charge attack, Denis gets tired. This is your chance to hit him.

Denis also jumps towards you to hit you with his blade. This attack is also only blockable or dodgeable. Since the enemy doesn’t get tired after this attack, it is best to dodge it. There is a slight pause after this attack that can be utilized to hit him however, as he can evade and counter-attack, it is suggested we wait for his next attack.

These are his basic sword attacks which are warned with a yellow sign. These moves can be parried. After parrying these attacks, Denis gets pushed back and falls to the ground. Move towards him and quickly give him some hits. One of these attacks is launched after a slight delay, so better watch out for it.

Denis performs dashes and rolling. You have to use your skills to judge that in what way he will dodge your move. As different dodging will create different opportunities for either attacking or evading him.

These are all the tips that will help you to beat Brother Denis in Tails of Iron. For more guides, keep following Retrology.