Guide to Ring of Oath location in Elden Ring 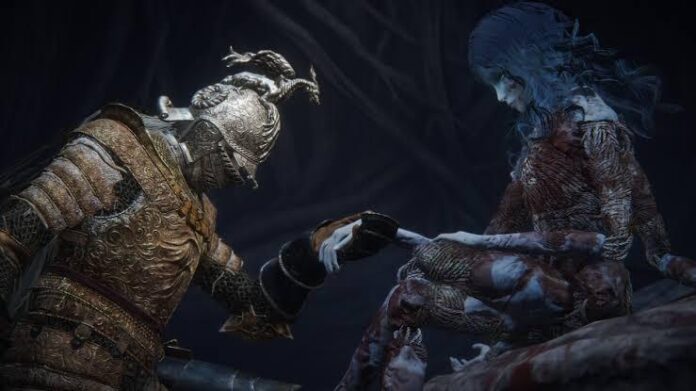 Elden Ring sends players combing their way through different quests, collecting different items on the way, one of these very necessary items is the Ring of Oath which paradoxically doesn’t even exist! It is actually the Dark Moon Ring (also called the Ring of Oath) that you need to find.

However, the journey to finding the ring might be tricky. This is why we have a complete guide to help you get to the Ring of Oath in Elden Ring.

Finding the Ring of Oath is itself actually a part of Ranni’s Questline so for you to find it, you will have to progress pretty far in the quest i.e. you must have already found Blaidd in the Siofra River region, defeated Starscourge Radahn, found the Fingerslayer Blade in Nokron, flipped the Carian Study Hall, traveled to the Ansel River via the Waygate at the top of Renna’s Rise and defeated the Baleful Shadow at the entrance to the Lake of Rot.

If you haven’t completed the Academy of Raya Lucaria till now, this is your cue to do it now if you want to advance further. Once that is sorted, head over to the Raya Lucaria Grand Library site of grace.

You will come across a locked chest off to Rennala’s left. Open this to find the Dark Moon Ring inside. This is the Ring of Oath you had to find. Which is a “Symbol of a Cold Oath” referenced in the ring’s description.

With the Dark Moon Ring in your inventory, the barrier will be lifted and you will be free to proceed further in the quest and fight the boss Astel, Natural Born of the Void.

This was a concise step-by-step guide to help you find the Ring of Oath. For more helpful quest guides like this, keep following Retrology.