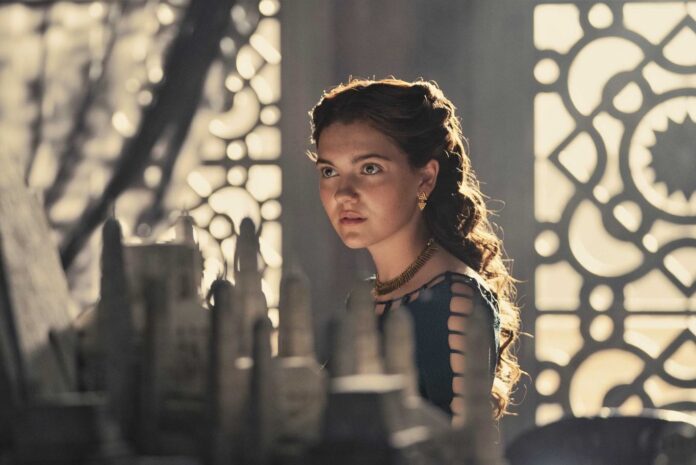 The young English lady, Emily Joanna Carey is a charming yet good actress. Despite being just 19 years old, she landed her career quite soon and made her name as one of the youngest popular actresses. She started her career as a child actress on the stage and move to the daily soap Casualty aired on BBC One. I thoroughly researched this young lady’s talents and noted down a list of Emily Carey movies with the best of her performance and acting talent.

It’s impossible to be a fan of superheroes and not able to know Wonder Woman. A true warrior inside the body of a gorgeous lady is a magnificent choice to watch on weekends. Diana as the Princess of Amazon, an invisible sacred place of only women is invaded by a pilot accident. When she decides to protect the people from war, she steps into the real world, and to stop war she has nows her true powers.

Emily starred as the young Diana at the age of 12. Her stunts were impressive and looked unreal for any ordinary girl. She looked amazing as a young actress. This movie starting her in a young role got her spot. A mandatory must-watch for superhero league fans.

The film switch from the 1940s era of WWII where Anne Frank dedicated her diary to an imaginary friend, Kitty. Shifted in the future, Kitty is a fiery girl who takes up Anne’s home in Amsterdam. She believes Anna is still alive and went out to look for her. She embarks on a remarkable journey of witnessing the injustice and also what brings her Anna’s legacy. Emily as Annas’ voice is a good example of her impressive voice.

This amazing story with thrill and action is about a young independent girl, Lara who leaves the legacy of her father who is an exquisite adventurer. She makes her life in East London and barely survives when she hears the news of her father’s death. She goes on a dangerous journey of unknown paths with hidden enemies to attack her. Emily as young Lara shows her acting skills as a neglected daughter. Saddening but always loving daughter role suit her.

To release Baba Yaga and Reinfield from Monster Hunter Mila Starr, the Wishbone family sacrifices themselves to protect them. After being abetted by their three bats they get a chance to roam around the world. They make new friends and save their beloved friends and they learn an important lesson that nobody is perfect. Just brace yourself. Emily’s voice as Mila is attractive and impressive.

The four generations are under influence of aftermath events from adventures by Peter Pan in Neverland. To protect her daughter, Wendy decides to save her bond while being reconciled with her legacy. Emily as the young Wendy remains under the influence of her childhood events and doesn’t want her daughter to carry it on. Her performance as a young actress with vast acting skills is truly exceptional.

Emily Carey movies are amazingly great, especially as a child or young artist. She needs more appreciation from the audience to motivate her. These movies tell a lot about her acting talent. If you’re interested in other movies list, then check this Movies section from Retrology and look for other great movies to watch.