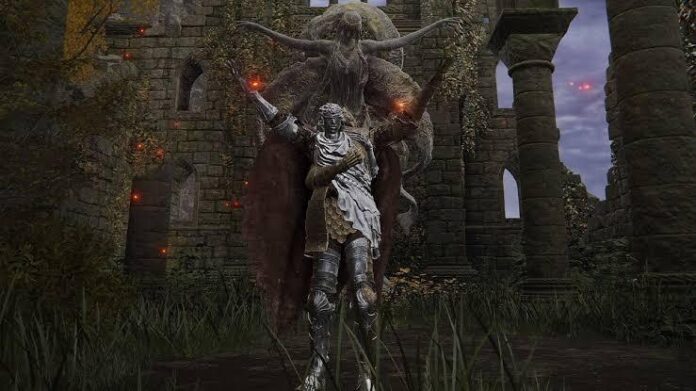 Elden Ring realm is always brimming with new quests for players to go on, new locations and maps to explore, new items to collect, new weapons and outlooks to unlock and so much more. One of the activities in Elden Ring that keeps its players engaged is puzzle solving.

An enticing puzzle to try is “May Erudition Light The Way” which involves a series of steps for its solutions but no worries because we have a step-by-step guide to help you solve this puzzle.

The Erudition Gesture is one of the crucial gestures in Elden Ring that is used as means for puzzle-solving in conjunction with the “Karolos Glintstone Crown” to unlock the secrets of two towers in Liurnia that hold mounds of loot i.e. Converted Tower and Converted Fringe Tower.

Sorcerer Thops wants you to get the Glintstone Key from the Academy of Raya Lucaria as he has been locked out of the academy. Head back to the Debate Parlor Site of Grace. Climb your way through some rubble to an area where you might find some grunts and a mage inside a room.

Use the stairs on the left to reach an area with a grunt and two mages. Fight them.

Jump over the balcony and some rooftops till you reach a chandelier. Hanging from the chandelier, you will find the Glintstone Academy Key.

Thops can be found near the entrance of Liurnia, at the Church of Irith, sitting on a bench. Give him the Glintstone Academy Key and talk to him for some while. He will then give you the Erudition Gesture.

You will find this crown in Raya Lucaria Academy, the Legacy Dungeon that leads to Rennala. Go into the dungeon and make your way to the Debate Parlor Site of Grace, which is guarded by a fiery wolf boss, the Red Wolf of Radagon. Find more about the Elden Ring bosses, here.

From the Debate Parlor Site of Grace head out through double doors to reach the courtyard. You will be faced by an enemy who swings axes so tread carefully. Find the small crab hiding in the grass with a blue glintstone embedded into its shell. Kill this crab to receive the Karolos Glintstone Crown.

The two towers located in Liurna have puzzles related to the items you just collected. The clue to both towers is the same i.e. “May Erudition Light the Way” and so their solutions are pretty similar too. To solve the Erudition Tower puzzles, you need to perform the Erudition gesture while wearing the Karolos Glintstone Crown. Performing the gesture reaps different results in each tower.

In the Converted Tower, it creates a ghostly magic ladder that you can climb to get a Memory Stone.

In the Converted Fringe Tower, it opens a doorway. You will find Gavel of Haima and Cannon of Haima spells in this tower.

This was all about the Elden Ring “May Erudition Light the Way” puzzle. To know about all Elden Ring Paintings locations and solutions or for more helpful guides, stay tuned with Retrology.