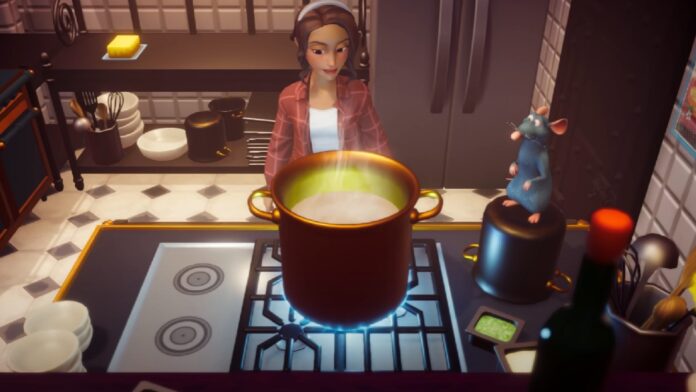 In Disney Dreamlight Valley, cooking is part of many questlines and normal living. This can make it annoying but once you understand the advantages and basics, you can easily do it. The same goes for 5-star recipes which may seem difficult but once know what ingredients you need and where to acquire them they are easy to make. To start, here we’ve compiled all the easiest and best 5 Star Meals in Disney Dreamlight Valley for you to make.

This is by far one of the easiest and best 5 Star Meals in Disney Dreamlight Valley that you can make. Just collect any seafood from Dazzle Beach and add lemon to it to make it. It doesn’t really have a lot of value but due to its ease and less amount of ingredients, it can easily be made multiple times.

This appetizer is best in both Energy and cost. If you want to work a little harder than you’ll do on a Large Seafood Platter, this recipe can be your next choice.

This is solely here for the movie and how it was popularized it. It isn’t really high in the list of Entrees but due to its nostalgic value, it can be the favorite of many players.

All the items listed can be easily acquired except for Shrimp. It is very rare to get it and you’ll have to make a few rounds to Dazzle beach to get it. Despite this, its value makes up for it as it sells for a hefty amount and gives a good amount of energy restoration.

Getting Lobsters is a little hard as they are only found in one area, the Glade of Trust. Also getting them is based on luck. Still, it’s worth it because if you see its selling price and energy restoration are both really high. Butter can only be acquired in Remy’s realm so you’ll need to complete his quest before making it.

Again, it’s for nostalgic value. It has a good amount of energy payback and all ingredients are easy to get, making it an approachable recipe.

Looking for the easiest dessert? Make this! It is literally three ingredients with Milk as a staple and fruits which can be found and farmed quite easily. Also, sugar cane is accessible.

We’ve covered plenty of Disney Dreamlight Valley cooking guides like how to make Crispy Baked Cod, Grilled Vegetables, Remy’s Recipe, and a basic Cooking And Recipes guide so do check them out.

How to Make Crispy Baked Cod in Disney Dreamlight Valley

Everything you need to know about Memories in Disney Dreamlight Valley

Disney Dreamlight Valley Explore The Forest of Valor with Merlin

Disney Dreamlight Valley: Gem Locations (Where to find and how to...