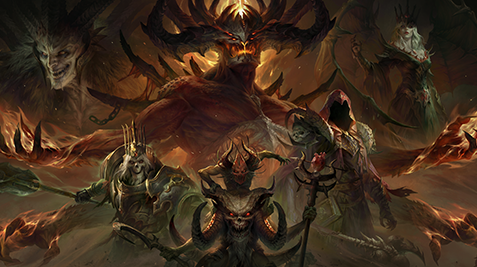 Diablo Immortal is an upcoming multiplayer action role-playing game developed by Blizzard Entertainment. The new addition to the Diablo series will take place between the events of Diablo II and Diablo III. Their Youtube account dropped the Diablo Immortal release date in an exciting all-new trailer.

The MMORPG has been mainly designed for mobile devices, but it will be available on Windows as well. Players will need an active internet connection to enter and play the game. Additionally, the game can be played across platforms. Once a player connects their account to their Battlenet account, they will be able to access it on any device the game is compatible with.

The game is set to arrive on Android, iOS, and PC on the 2nd of June, 2022. Pre-registration for Diablo Immortal is open now. You can watch the stunning new trailer below.

A sequel to the series, following Diablo III, Diablo IV is said to be in development. However, the release date for the sequel is not known yet. Saints Row is another upcoming game that allows players to customize their characters, weapons, cars, and even their empire. For more game news, stay tuned to Retrology.