All Tekken Bloodline characters that we saw in new trailer 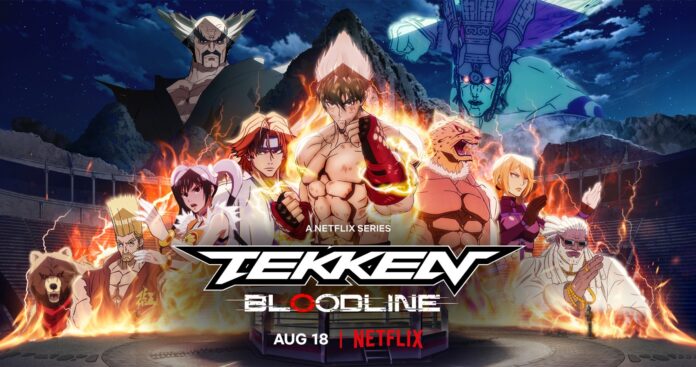 After being in talks for years, the trailer for Tekken Bloodline has dropped. The Tekken franchise has been loved by the masses since its first game. It’s safe to say that it was the prime example of combat games and is still used today as an inspiration. Countless movies and stories have been out depicting the events of the games so even if it’s a combat game, you get to enjoy the storyline simultaneously. There were more than a dozen choices in it so it’s a curiosity how many of those would appear as Tekken Bloodline characters.

Here is the list of the people seen so far in the trailers.

Jin Kazama is the main protagonist of the Tekken series as a whole, taking place of his father who was in Tekken 1 and 2. This series is also centered around his story and how he reached his grandfather whom his mother shielded him from.

The mother of the protagonist, Jin Kazuma. She is briefly in games (where her attacks are amazing) and the series. There is a Tekken game where she comes back from the dead for a while but she isn’t a permanent character. Mainly, she is just in the franchise for story purposes.

The dragon-like antagonist whom everyone believes is the true evil because he is ruthless. Maybe he is just controlled by the main villain. Who knows? And he is the one who is going to try to kill Jun Kazama in the series.

The grandfather of Jin Kazama, father of Kazuya Mishima, the true evil in the games. The trailer doesn’t reveal if he would really be as horrible as in games and for that we will have to wait and see.

Heihachi Mishima’s bodyguard, Ganryu makes a brief appearance. He was chosen for his large stature and sheer strength after participating in the tournament.

The father of Jin Kazuma and husband of Jun Kazuma. He is mostly absent from this franchise but plays a important role in the storyline so lets see how much of a role will he have in this series.

The famous leopard masked fighter who is loved by many, King. He makes a small appearance in the trailer. He is shown as a competitor with no lines at the moment so not much can be said about his role.

Leroy Smith experienced the loss of his whole family and to get revenge for that, he comes to the Iron Fist Tournament and defeat everyone to the top. He gets to know Mishima Zaibatsu organization was the reason his family died in the accident so he wishes to reach the top and tear the organization down.

One of the most famous character in Tekken series with his fire fist attack, Paul Phoenix is also in the trailer. Many would’ve been disappointed if he was excluded so that’s a good take.

In the same shot in trailer, we are introduced to Nina Williams, who was the most selected option for girls. She is a trained assassin and with the history of killers in her family, she believes she is good enough to defeat all.

Ling Xiaoyu, my personal favourite, is also part of this series and it seems she has a good role in the series along with Jin and Nina. She is taken under Heihachi Mishima’s wing after being impressed by her martial arts skills. He teaches her like he did with Jin.

Julia Change is also shown in the second trailer with Nina and Paul. Not much is known about Julia other than the fact that she is also here to defeat Mishima Zaibatsu and Heihachi Mishima.

The funny guy, Hwaorang is also part of this. This proves that there would be a comedic element in the series here and there. He is a good comedian along with a skilled kicker.

The teaser depicts long-time Tekken fighter Jin Kazama in his initial time as he strives to revenge the loss of his mother, embarking on a heroic adventure that eventually takes him to The King of Iron Fist Tournament.

The speculated Tekken Bloodline characters are many more than these but they have not yet debuted in the trailers. Lets wait and see how many of those really be part of this series.