All Eyeball locations in Ryuki’s Somnium in AI: The Somnium Files – nirvanA Initiative 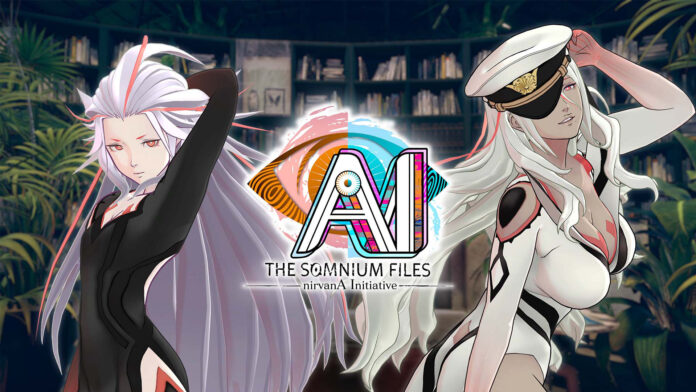 AI: The Somnium Files is an adventure and mystery game published and developed by Spike Chunsoft which came out in 2019. On the 24th of June, the sequel of the game, AI: The Somnium Files – nirvanA Initiative was released in Japan and North America. The game is currently available on Windows, PlayStation 4, Xbox One, and Nintendo switch. The game will be coming to the EU on the 8th of July 2022. Here we will guide you to all the eyeball locations in Ryuki’s Somnium.

The game is a visual novel type game, however, in this game players have control over the character’s actions. Taking place in Tokyo, the main characters Mizuki Date and Kuruto Ryuki are detectives who are investigating a case.

The case in question is called the “Half body serial killings” where after a murder, only half the body is found immediately. The other half is found much later, but to their surprise, it has not shown any signs of decay and is as fresh as the other half of the body was at the time of the murder. Now, they make their way inside the dreams of their suspects with their AI partners, Aiba and Tama.

Eyeballs are a sort of currency in nirvanA Initiative you can collect. You can also find Eyeballs in Komeji, Shoma, Amame, Tokiko, and Chikara’s Somnium.

In Ryuki’s Somnium, the player has to choose one from two paths. The first path is chosen by picking “I don’t know” when you’re in the house in Chapter 0. For the other path, you have to choose “I know” and then type “Dahlia Boat”. The first path has two eyeballs and the second one has three.

In the first path right when the timer starts, the eyeball will be right in front of you on a chair behind a table.

Next, on the same path when you go up the stairs, you’ll find it on a table in the left corner of the room.

Now, if you have chosen the second path, you’ll find the eyeball after a flashback cut-scene in the office. After Mental Lock #3 is unlocked, you’ll find it on the chair behind the desk.

The next one is found right when the camera flips upside down while you’re at the bar. You’ll find the eyeball on a seat that is a little farther from the counter.

Finally, for the last eyeball, from the location where you were before, turn a right and you’ll find it in the right corner of the room. It will be right next to the staircase you have to climb up to reach the final stage.

That’s all for the eyeball locations in Ryuki’s Somnium that you can find. Moreover, you can also check out how to recruit characters in Fire Emblem Warriors Three Hopes. For more gaming guides, stay tuned to Retrology.

All Eyeball Locations In Gen’s Somnium – AI: THE SOMNIUM FILES...

All Eyeball Locations In Iris’s Somnium in AI: THE SOMNIUM FILES...

All Eyeball Locations In Chikara’s Somnium in AI: SOMNIUM FILES –...