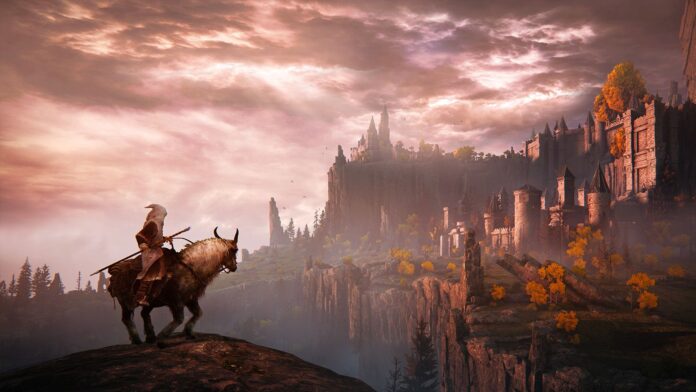 Elden Ring is an open-world action role-playing game. It allows players to experience multiple combat types and use many different weapons. The Ancient Dragon Smithing Stone in Elden Ring is an upgrade material used to strengthen armaments to +25. Strengthening the armament also gives you the PSN exclusive achievement, “God-Slaying Armament.”

Next, head to the Inner Consecrated Snowfield. Here you will have to defeat two bosses who are guarding a caravan south of the site of grace. However, these bosses only spawn at night, If you aren’t able to see them, you can sit down and Past Time Until Nightfall. Defeating both the bosses grants the Stone.

Finally, from the last location head directly west to the Yelough Anix Tunnel. Keep moving inside till you see a hole in the ground and drop down. From there keep walking forward till you encounter another hole where you’ll also have to jump down. From here take a left and in the corner of the room, you’ll see a corpse with a glowing light. Interact with it to receive the final Stone.

And there you have it, those are all the open-world locations of the Ancient Dragon Smithing Stones. You can also check out a Tekken Elden Ring Mod guide to use Elden Ring characters on Tekken. For more Elden Ring guides, stay tuned to Retrology.