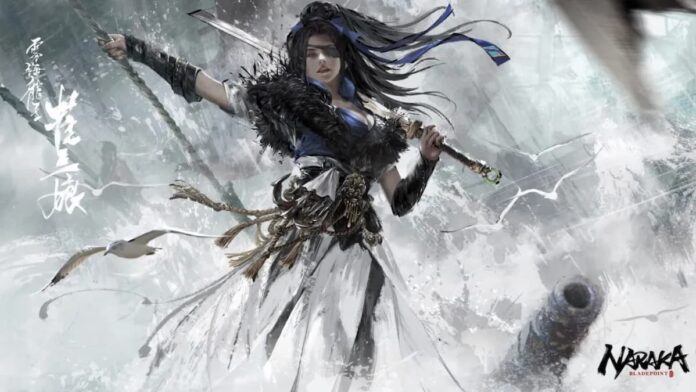 With the newest update post-release, Naraka Bladepoint introduces a new character – Valda Cui. The release of a new hero was accompanied by a short video of her back story as well as a teaser of her gameplay. Here is all you need to know about Valda Cui:

Naraka Bladepoint takes the battle royale experience up a notch with its unique combat, cold melee-based weapons, and character-specific abilities. Valda Cui is no different. With the official description stating that she has poison-based regular abilities, the game adds a character that can stun enemies.

Valda Cui uses her Default Attack to shoot a water bomb that explodes on contact. This would stun the enemies for just enough time to give the player an opening to make a move.

Being a sea-based character, Valda Cui summons a tidal wave on using her ultimate. She rides the wave as she shoots a spear down at her enemies. Enemies who aren’t in the center of the tide will get pushed away. The ones within will get stuck in a whirlpool. These enemies will be stunned for 15 seconds and can be attacked easily.

This skill is especially helpful in crowd control and stunning. it helps the player in binding multiple targets and choosing one to attack specifically with the spear.

With perfect aiming paired with amazing crowd control, Valda Cui is bound to be a fan favorite hero soon. She is extremely helpful in trapping opponents and encountering their advances more efficiently.