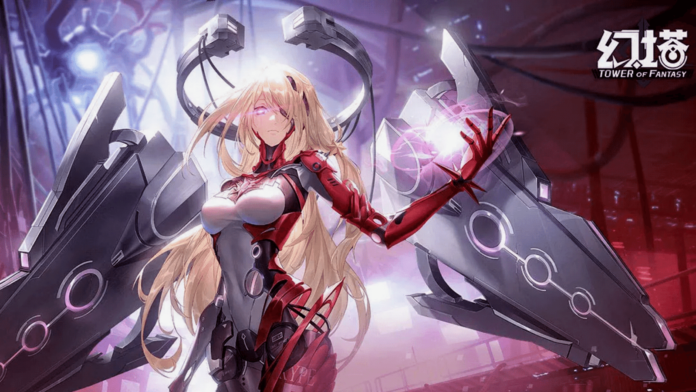 Tower of Fantasy will be released globally on the 10th of August 2022 and is currently open for pre-register on Google Play and is also available on Steam. This open-world action RPG is all set up on a post-apocalyptic sci-fi theme with some fantastic graphics to enhance the gaming experience of players. The developers Hotta Studio have added numerous characters, unique skills, and weapons to this game.

However, today we will be focusing on just the weapons so you can easily get an idea of which weapon suits you best and won’t be stuck experimenting on each and every one of them.

Starting with the Tier S weapons, these weapons are definitely the best out there. Be it the weapons stats, their attack power, or their distinctiveness the Tier S weapons overpower the rest of the tiers. So whenever you are making a purchase or summoning a weapon, make sure that you always go for Tier S first.

The very first Tier S weapon is the Scythe, a primary shield breaker that is used by the King. Scythe is foremost effective at providing tremendous damage on shield break and burst locations when combined with skills. However, auto attacks are something that can interrupt the weapon. You can also get a Damage over time effect once you upgrade the weapon to one star.

This weapon is used by the character Samir and it excels in quick hits, more Damage Per Second (DPS), and Area of Attacks (AoE). However, you might have to be careful when using this weapon for long-range attacks as it might not perform according to your expectation.

Having Tier A weapons will never disappoint you if you invest in them a little bit and upgrade them to a few stars. Nevertheless, they won’t be able to overpower Tier S weapons but definitely better than other tiers.

Thunderblades is undeniably not a beginner-friendly weapon, however, once you know how to make it work; it can be quite lethal. The damage of this weapon can increase by 30% when the targeted enemy is under 60% health.

Rosy Edge is one good defense-oriented weapon that is used by Meryl, however, you might have to upgrade it a few stars to expect some reasonable performance. Although the weapon is unable to perform shield bread it can heal the user against shield break when upgraded.

Another not-so-beginner-friendly weapon is Negating Cube. However, you can expect almost anything from this weapon be it healing, shields, or buffs.

These weapons perform on par, i.e., neither too well nor too poorly. For these weapons to reach their full potential, you will undeniably have to upgrade them quite a few times.

Ice Shell Staff is used by Cocoritter and you can expect to have team buffs after upgrading it to the three stars. Additionally, as discussed earlier, to unlock the full potential for Tier B weapons many upgrades will be needed.

This is one defense-oriented weapon that is actually good in reducing heavy damages without any upgrades, which one cannot really expect from a Tier B weapon. However, making a few upgrades will definitely work as a cherry on top for this weapon.

Chakram will be a perfect fit for anyone who is looking for dash attacks, you can upgrade it a few times and it will perform quite well. However, Chakram is not so beginner friendly and some players might find it hard to operate. Chakram is the weapon of the character Shiro by default.

That is all about the Tower of Fantasy Weapons Guide. Let us know in the comment section below about your favorite weapon and character combos. To know about Xenoblade Chronicles 3 Heroes Guide or for more gaming guides, keep following Retrology.