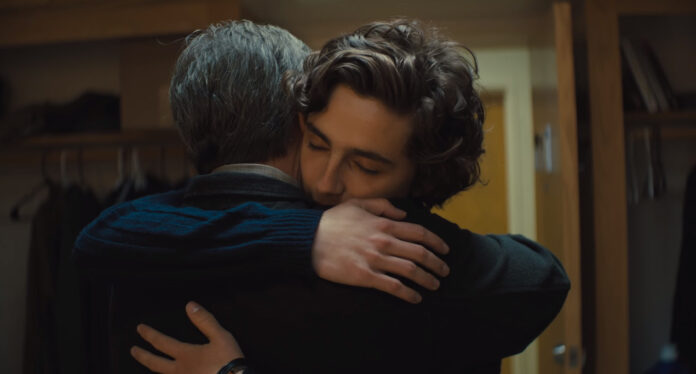 Timothée Hal Chalamet is an American actor who has recently become a sensation due to his versatile acting. He has been nominated for an Academy Award, 2 Golden Globe Awards and three BAFTA Film Awards. Timothée made his film debut with the comedy-drama movie Men, Women and Children. He also made an appearance in Christopher Nolan’s Interstellar. Today we are going to list the top 5 Timothée Chalamet best movies.

Written, directed and produced by Wes Anderson, The French Dispatch is an American anthology comedy-drama. He plays the role of Zeffirelli who lives at home and is also the leader of a liberation movement. The liberation movement plans to create a utopian society. Zeffirelli has this charm to him and he persuades young people to join his manifesto. Frances McDormand is his main partner who he does scenes with. Moreover, the French-Algerian actress Lyna Khoudri plays his girlfriend, Juliette. The script is not in French as the name might suggest. Some fans were a little disappointed because Chalamet is part French and they wanted to see him speak his second language.

Beautiful Boy is a heart-touching tale of the love between a father and a son. Timothée plays the lead role of Nicolas Sheff who seems to have it all. Nic is good at school, is an actor, an artist and also an athlete. He is also the editor of his school newspaper. However, Nic falls into a meth addiction which threatens to destroy everything he has. His father played by Steve Carell, does everything in order to save his son and ultimately his family. The movie portrays how when someone you love falls into addiction, their struggle becomes your own. It is immensely moving, powerful and deeply rooted in reality.

The King is one of Chalamet’s movies that gets overlooked for some reason. The film is an epic historical drama based on Young Henry V who encounters war, trechary and deceit after becoming the King of England. THis is all after the death of his brother. Hal is played by Chalamet who is a young heir. He needs to navigate palace politics, personal life, war and chaos. The movie has excellent writing and cinematography. Morever, Timothée gives a jaw-dropping performance.

2017’s Call Me By Your Name was a major breakthrough in Chalamet’s career. The movie gave him the international recognition he deserved. It is a coming of age romantic drama which follows Elio played by Timothée and Oliver played by Armie Hammer. Elio develops feelings for Oliver, who is his father’s temporary assistant. Their relationship is sort of temporary but during this Elio starts to come into terms with his sexual orientation and who he really is. James Ivory won an Oscar for Best Writing (Adapted Screenplay) for this movie which was very well deserved.

Our number one pick is Dune which is based on the novel by Frank Herbert. The story follows Paul Atreides played by Timothée. Paul arrives on Arrakis after his father accepts the stewardship of the dangerous planet. Paul is a brilliant young boy and is gifted with a destiny quite beyond his understanding. When conflict arises over the planet’s most precious resourceful, Paul needs to act as the ultimate saviour.

This is all for the top 5 Timothée Chalamet best movies. We cover a lot of Best-ofs and entertainment related content so be sure to check that out as well. For more content like this keep following Retrology.